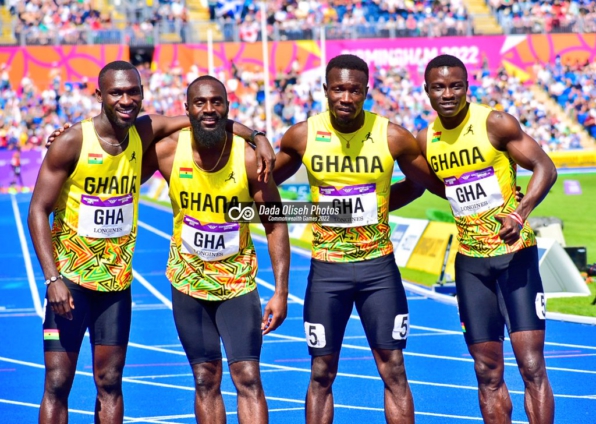 Commonwealth 200m bronze medalist, Joseph Paul Amoah, says members of the national relay team view their disqualification in the men’s 4x100m final as a missed opportunity to have grabbed a medal at the multisport event in Birmingham.

Team Ghana had, at the last minute, made a decision to rest Joseph Paul Amoah on the anchor leg.

However, they did not inform race officials one hour to the race, as the rules require.

The error saw Amoah’s name flashed on the screen instead of Abdul-Rasheed Sameenu, who was actually on the track at the start of the race. Ghana fielded Sean Safo-Antwi, Benjamin Azamati, Barnabas Aggerh and Sameenu, in that order. Despite finishing third in 39.05s, lost their chance to win a medal.

“I didn’t know what happened, I thought it was a lane infringement only to hear it was the whole registration [and] I was very down, to be honest. I had a race later in the day. Benjamin also told me to focus on what’s ahead since it was already done,” Joe Paul told Joy Sports in an interview.

“We were still trying to fight to see if we could get reinstated, but track and field is very technical now. The little things will take so much. I don’t blame it on anyone honestly. It’s just sometimes you have to be vigilant – there are new things coming up in the track, new rules, new everything.”

The quartet made the 2019 World Relays championship final, the 2020 Olympics games final and finished 5th at the World relay championships. Naturally, they were hopeful of winning another medal after their exploits in the 2019 Africa games where they won Gold but that was not meant to be.

“I honestly we felt like we were going to get gold. Even though we didn’t have the same team from Eugene, we felt like whoever was going to take the fourth spot in the team. We knew what we had going into the competition and we knew we were going to do it, so we were sad about it. It’s still going to play in our minds but we have to live on and see what’s next for us,” Amoah explained.

Ghana’s 4x100m relay team will look to impress at the next year’s World Championships in Budapest after securing qualification in Oregon.