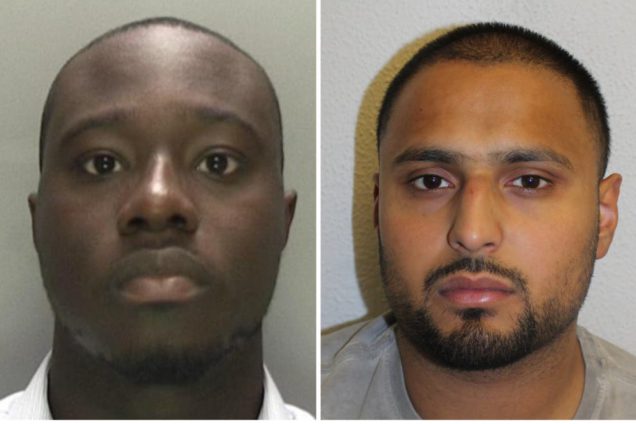 Two corrupt HSBC managers who siphoned nearly £1 million from wealthy customers’ accounts have been jailed for 12 years and seven months.

Gerald Sarpong, 33, of Chigwell, and Mohammed Uddin, 30, from Bethnal Green, worked at branches 120 miles apart in Birmingham and Notting Hill.

But they conspired with other unknown criminals, sending them the details of seven individuals whose life savings were plundered.

HSBC’s internal security checks spotted the scam which was referred to the dedicated card and payment crime unit, a specialist police team sponsored by the banking and finance industry.

Officers searched his desk and seized a mobile containing messages sent to Uddin with customer information.

A week later, a search warrant was executed at Uddin’s home where detectives found digital devices and documents. Both men pleaded guilty to conspiracy to defraud.

Sarpong was sentenced to five years and 11 months, while Uddin received six years and eight months. All victims were fully refunded by the bank.

Detective Sergeant Ben Hobbs, of the DCPCU, said: “Sarpong and Uddin acted with impunity, thinking they could get away with committing over £900,000 of fraud.

“This case shows that anyone who is caught abusing the trust placed in them by their employer will be punished.”

“Abusing a position of trust is taken extremely seriously with harsh penalties for those seeking to benefit from criminal activity.

“HSBC has zero tolerance for staff fraud and we fully support the police and prosecutions in such matters.”

DISCLAIMER: The Views, Comments, Opinions, Contributions and Statements made by Readers and Contributors on this platform do not necessarily represent the views or policy of Multimedia Group Limited.
Tags:
Gerald Sarpong
HSBC managers
Jailed
Mohammed Uddin