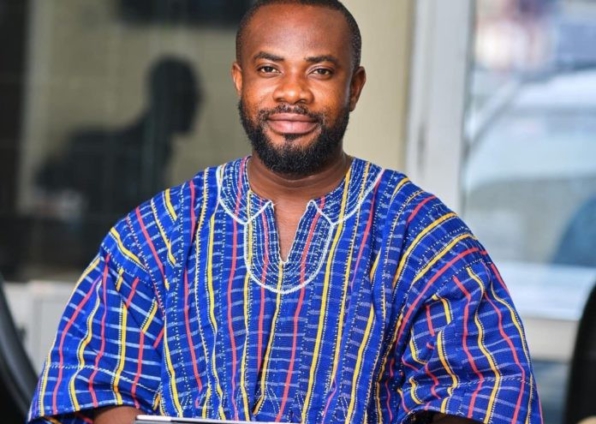 As Harry Wong stated, the most important day of a person’s education is the first day of school, not graduation day and that was exactly what got Adom FM presenter, Kwame Oboadie excited.

As a native of Kwahu, Oboadie, who is loved and admired by many for his comic skit, spent most of his social and educational life in his hometown.

Born William Kwame Ofori, he began his elementary education at Kwahu Abetifi and proceeded to St Peters Senior High School (PERSCO), Akwatia, then to the Abetifi Training College where he was trained as a teacher.

As one of the first-year students at PERSCO, they were made to introduce themselves and he could not wait to speak highly of his Alma Mata, Abetifi Catholic JHS.

But his hopes were dashed when his teacher rudely interrupted his introduction at the mention of his school thereby breaking him down.

Amidst his sorrows, he decided to carve a niche by now associating himself with renowned Accra-based school, Deyoungsters International School (DEYIS), even though he has never seen the school.

“From that day, I started to lie and introduced myself as a Deyoungsters’ student, ditching Abetifi Catholic and that really worked magic for me. It turned out there was a senior who also went to DEYIS and I benefitted a lot from him.

“He gave me a spare key to his chop box and I could eat anything I wanted from it without fear and I was really liked by many,” he recounted on Prime Morning on Joy Prime.

Unfortunately, his joyous experience was cut short a few months later while he was scrubbing with his colleagues.

“The senior who had been nice to me all this while introduced another guy [Lutterodt] and told him I’m his mate from Deyoungsters and he [Lutterodt] did not hesitate to say he did not know me and that was how it all ended for me and I was severely punished.

“But that really taught me a lesson which has been with me throughout my life about being content with myself and not to lie about anything,” he said.

DISCLAIMER: The Views, Comments, Opinions, Contributions and Statements made by Readers and Contributors on this platform do not necessarily represent the views or policy of Multimedia Group Limited.
Tags:
Adom FM
Kwame Oboadie