I started Omar Sterling brand to show my critics that I am the best – Paedae - MyJoyOnline.com 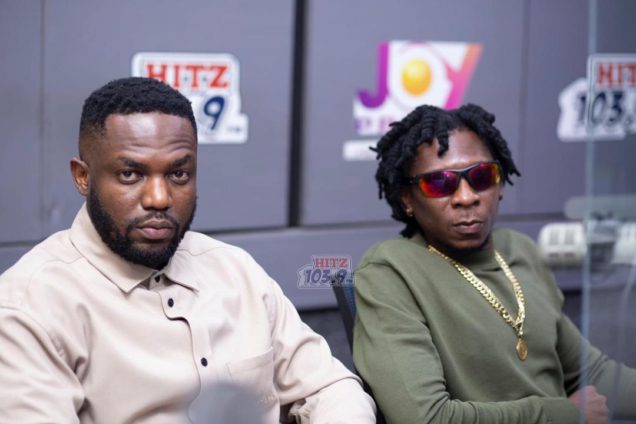 A member of music group R2bees, Paedae, says he started the Omar Sterling brand by venturing into hard-core rap.

According to him, this is to prove to his critics that he is one of the best rappers in the country.

The rapper has over the years faced criticisms from rap lovers who believe his rap is not the best, terming it as ‘wack’.

In an interview with Andy Dosty on Daybreak Hitz, Omar Sterling said he released his ‘Victory Through Harmony’ mixtape to silence his critics.

He said being omitted from the top 10 best rappers in Ghana list of JoyFM’s Sammy Forson motivated him to pursue rap.

“I recorded my ‘Victory Through Harmony’ mixtape because of comments like that. One day I was listening to Sammy Forson and he played his top 10 rappers in Ghana.

“If you only know Paedae from R2bees, it’s fair enough to say he (Omar Sterling) does not know how to rap. So I said to myself that I will show Ghanaians who really knows how to rap.”

The rapper believes that music lovers do not really pay attention to rap lyrics and do not understand rap.

“Mugueez and I really know how to rap. A lot of rap fans don’t even understand rap. They just listen to rap and don’t know elements like metaphor, flow, etc.”

R2Bees is a Ghanaian hip hop and hiplife duo from Tema made up of two cousins, Faisal Hakeem and Rashid Mugeez.

They were nominated at the 2013 BET Awards. The Tema-based music duo released their first single in August 2008 titled ‘Yawa Gal’, and became an instant hit.

They then went on to releasing ‘I Dey Mad’, a chart-topper across Ghana. ‘I Dey Mad’ featured Unda Melodies.

The song topped most Ghanaian Radio Music Charts for weeks. Till date the group remains one of Ghana’s biggest music groups.