I was blacklisted from the industry — Kyeiwaa opens up on struggles in Kumawood - MyJoyOnline.com 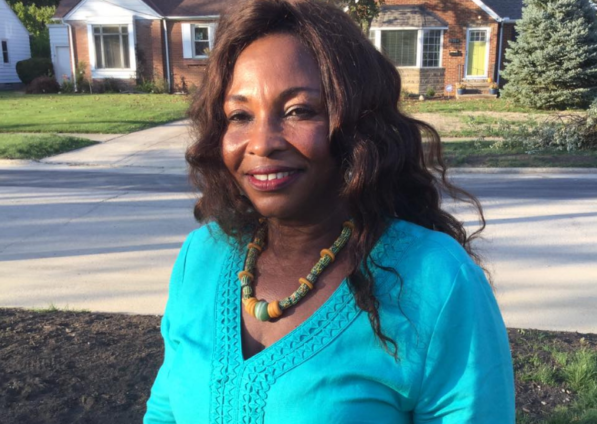 Kumawood actress Rose Mensah, popularly known as Kyeiwaa, has revealed she was blacklisted from the film industry before she travelled to the United States.

According to her, someone had spread rumours that she had insulted producers, so many filmmakers excluded her from their productions.

In a video posted on Instagram, the actress said that not only were the rumours false; no one heard her side of the story. Hence, she lost her source of livelihood for a while.

Kyeiwaa stated that in addition to the fact that the industry was paying her peanuts, she took the opportunity to travel outside Ghana.

She found a job with a Ghanaian eatery cooking popular food – ‘banku’.

Although she was happy to be working in the restaurant, Kyeiwaa said Ghanaians, including persons in the movie industry who visited her, only returned to Ghana to mock her.

Kyeiwaa noted the same people from the industry who declined to give her a job after blacklisting her sat on the radio to discuss her and her new job in the US.

However, the actress believes it takes a lot of effort and qualification to operate such an eatery, especially in the US, where she would love to own one.

Kyeiwaa noted that the job she had in the US saved her from the financial struggles she endured in Ghana as a blacklisted Kumawood actress.

She added that she may have died of poverty should she have remained in Ghana.

After being in the US for years, Kyeiwaa married her husband, Michael Kissi Asare, in July 2020.