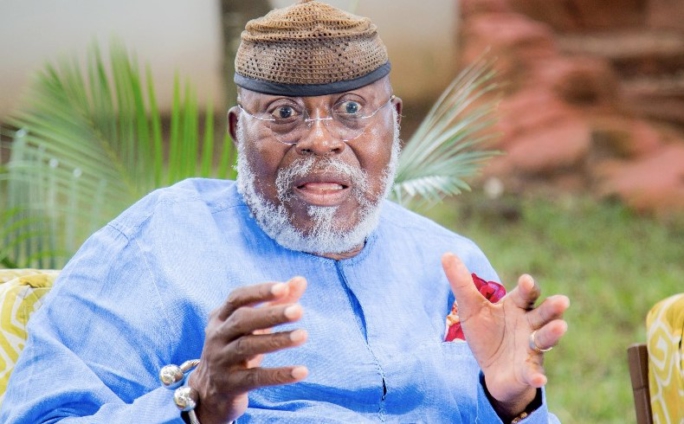 Statesman and Politician Dr Nyaho Nyaho-Tamakloe has scored the government two out of 10 for mismanaging the affairs of the country.

He said the country’s economy has slumped yet the government has failed to rise to the occasion.

In an interview with JoyNews’ Benjamin Akakpo, the founding member of the New Patriotic Party (NPP) noted that he is surprised by the turn of events under the Akufo-Addo government.

Prices of goods and services have been on the rise recently while transportation fares have also increased more than four times due to the increase in fuel prices.

The country’s inflation rate currently stands at 40.4%, a level not ever witnessed in the country.

When asked to rate the performance of the current government, Dr Nyaho-Tamakloe said, “I will rate them two out of 10.”

“We have retrogressed…when I say we are a failed state, I know what I am talking about. This government is not functioning…That surprises me because I know Nana Addo was not like that.

“What has happened? I am surprised. The Nana Akufo-Addo that I know is not the one ruling Ghana now,” he said.

JoyNews/AdomNews · I will score this government 2 out of 10 – Dr. Nyaho-Tamakloe

According to him, Ken Ofori-Atta should have resigned since his infamous comment about Ghana not returning to the IMF for support.

He noted that if the government were to be functioning properly, Agric Minister, Dr. Owusu Afriyie Akoto, “who is a doctor of agriculture will not be engaging in cheap publicity”.

Dr. Nyaho Nyaho-Tamakloe maintained that he considers himself a non-partisan person at the moment, thus does not speak for any political party.

The full interview will be aired on Wednesday, November 16 on the Joy News’ AM Show.

DISCLAIMER: The Views, Comments, Opinions, Contributions and Statements made by Readers and Contributors on this platform do not necessarily represent the views or policy of Multimedia Group Limited.
Tags:
Akufo-Addo government
Dr. Nyaho Tamakloe
poor governance