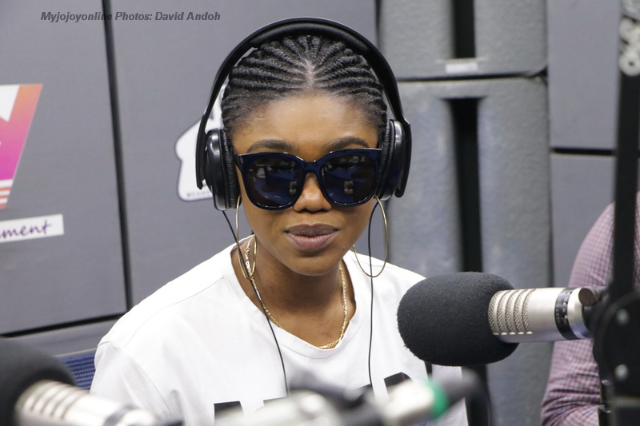 According to the singer, many comments following the post seemed to suggest there was no room in her life for music anymore.

“I think a lot of times people don’t read. Now if you saw my post I put in quotes recording…I’m saying that I’m not going to actively record music,” she said at the launch of Joy FM’s Valentine’s Day event dubbed ‘The Love Experience’.

Becca told JoyNews’ Doreen Avio she is, however, open to being booked for shows and is willing to tour with her already existing albums.

“When was the last time you saw Daddy Lumba and Amakye Dede, release new music but they’re still two of the highest-paid artistes.”

Becca revealed plans to quit her career as a “recording” artiste by the end of 2020 on January 4.

In a post on all her social media pages, Becca stated that she will be making investments in “worthy and talented” artistes after she takes a bow out of music.

This is the beginning of another decade. What are your plans this decade? I”™ll briefly share 3 of mine; 1. End my 13 years as a “RECORDING” artist by the end of 2020. 2. Focus on my several investments 3. Spend more time with my family. Each of these plans is backed up with cutting edge blueprint. As a professional, you need to know when to start and when to let go. I will be making substantive investment in a worthy and talented artist when I draw the curtains. But between now and the next 12 months, OMG it”™s going to be smash hits after smash hits. #Blessed

The ‘No Away’ singer, in her interview at the press conference said that event organisers can book her for shows adding jokingly that “I’m going to charge you a lot.”

Becca revealed that she has invested in numerous businesses which are also serving as sources of income even after she takes the break at the end of 2020.

The ‘African Woman’ hitmaker also added that she would be signing new acts to train and nurture through their journey in music.

“I love my fans but they need to also understand that I am a human being and as a human being I have aspirations I would want to achieve,” she added.

Becca, who made her statements at the Multimedia premises on Monday, would be headlining the Joy FM Valentines Day event dubbed ‘The Love Experience’.

The singer alongside ‘Adult Music’ hitmaker, Kwabena Kwabena, would be performing – with a live band – back-to-back hits for patrons on February 14, at the Labadi Beach Hotel.

Ghana’s superstation, Joy FM, is inviting patrons to come, wine and dine with their significant others. They would not only get to enjoy back-to-back hit songs but would be given the chance to serenade loved ones in a special session.

In addition, ‘The Love Experience’ will have the special love hunt and the ‘knowing me, knowing you’ segments as part of the highlights.

The biggest highlight is having patrons spend the night at the plush Labadi Beach Hotel and wake up to a beautiful breakfast while enjoying a sunrise on the beach.

Rate is a cool GHâ‚µ2,000 for the full package including bed and breakfast and GHâ‚µ700 for the concert night with food and drinks.