If churches, buses and drinking bars can operate why not cinemas? – Abeiku Seigo quizzes 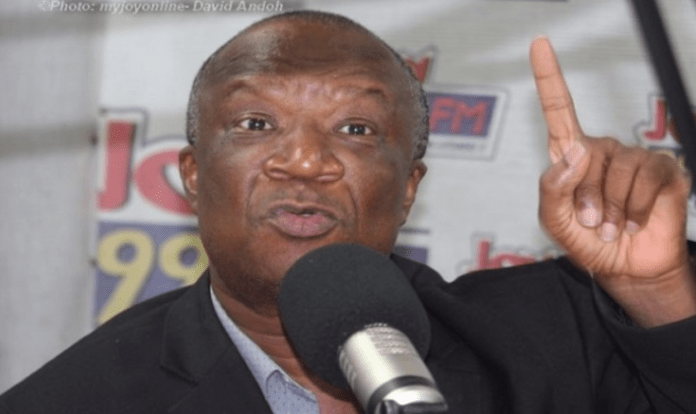 Veteran actor, Abeiku Seigo, has queried the easing of restrictions in open bars and places of worship announced by President Akufo-Addo on Sunday.

Speaking in an interview on Daybreak Hitz on Hitz FM Monday, Mr Seigo said he is finding it difficult to grasp the reason why churches, commercial vehicles and drinking bars have been made to operate but not cinemas and theatres.

Additionally, the actor said some long-haul commercial buses such as VVIP, STC and Neoplan among others cannot transport without air-conditions, hence he cannot understand the new directives.

“Churches cannot go for more than two hours and long-haul buses can now take full passengers and then we are told Cinemas and theatres shouldn’t work. How?”

Mr Seigo likened the cinema’s atmosphere to that of the buses, saying, that just as cinemas use air conditions, some buses and churches have to depend on air conditions too.

“We want to express our appreciation for the ¢50 million but if producers should get the money how will they make business with them?”

“Where should they perform? We can only enforce the protocol to keep up… we can eventually have a perfect situation. I think it’s time to open up.

Mr Seigo stated that cinemas can also enforce health protocols by limiting the number of participants, enforcing social distancing use of masks and others.