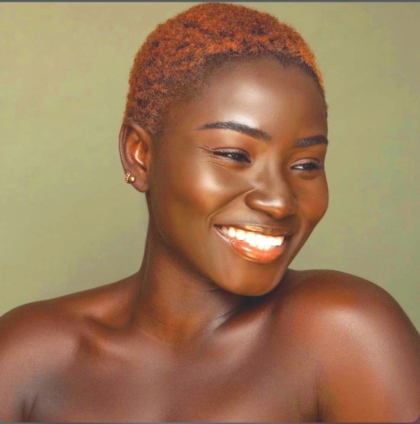 US-based Ghanaian actress and musician Modesta Boafo has expressed her desire to work tirelessly to make her talent known to the world.

The entrepreneur, TV host, model and social media influencer hopes to also catch up with A-list acts in the growing US showbiz industry.

As a fast-rising star, Modesta has been a brand ambassador for numerous clothing brands, sports, skincare, and cosmetics brands such as; Shea For Me and Knotwtr.

Born and raised in Accra, Modesta, also known as West African Doll, gained international recognition when she announced her activities through showbiz platforms.

Modesta, who gained influence after appearing on Nick Cannon’s ‘Wild n Out’ and in a music video with Kranium, says she is in the showbiz industry to make an impact and not in any competition with anybody.

She has been touted as one of the fastest rising US-based Ghanaian actresses, who is yet to register her presence permanently on the world showbiz scene.

She pointed out that she would not rest on her oars until she reaches the top, adding that the sky is her limit.

She promised to work hard to maintain the good image she has attained so far.

Her followers have described Modesta’s breakthrough as one of divine influence, adding that her lovely and appealing photographs on Instagram have also promoted her image to the world.

“It’s your consistency in the entertainment space that we love. Despite the male domination, she isn’t giving up, and we are proud of her. Keep shinning Modesta,” one follower said.

DISCLAIMER: The Views, Comments, Opinions, Contributions and Statements made by Readers and Contributors on this platform do not necessarily represent the views or policy of Multimedia Group Limited.
Tags:
Ghanaian music
Modesta Boafo