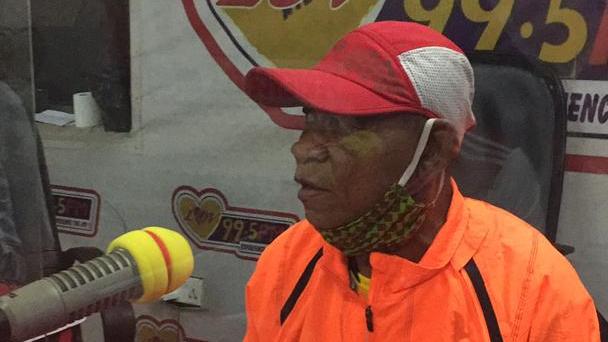 Former African footballer of the year Abdul Karim Razak “the Golden boy” is upset that he’s never been offered any of the national football teams to coach.

In an interview on kickoff on Luv FM, the 1978 Nations Cup winner who has vast experience coaching on the continent and beyond, expressed his frustrations at the development.

“People are overlooking me and I don’t understand. Maybe because I don’t have any God father at the FA or I stay in Kumasi and they don’t see me so they think I’m dead. If you don’t have a God father they don’t consider you.

“Some time ago they said I should bring my CV, I sent it twice but they didn’t mind me,” he recounted.

The only time Abdul Razak had an opportunity to work for the nation was when he was appointed to assist, Italian Giuseppe Dossena six months to the expiration of the Italians contract.

Razak who has won league titles with clubs like Dragons of Benin, Stade de Malian of Mali and Asante Kotoko finds it difficult to understand why he’s been consistently overlooked.

“I remember the last time they put Kwesi there I was one of those who sent my CV then someone from the FA told me; Coach!, I saw your CV and if we are going by CV you have no problem but you will not get the job.”

And I said: “I know but I’m trying because if I don’t apply they will say you are not interested in the job.”

“When we are talking about football I can be proud of myself as a player and as a coach where I’ve reached,” he opined.

The embittered Razak feels he can even help with his experience at the youth level of the national teams.

“Even if you put me at the youth level, bringing them up, it’s not bad, but nothing at all, this makes me upset,” he lamented.