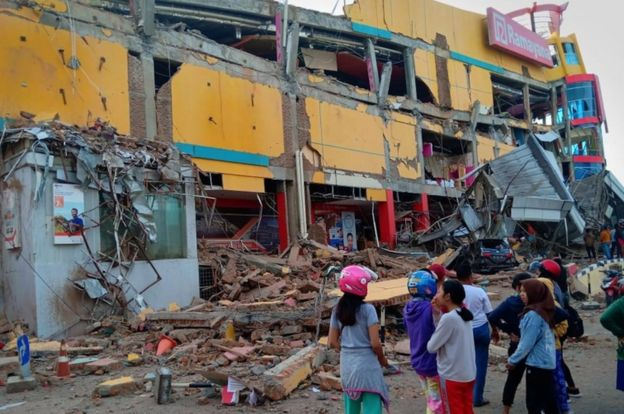 More than 380 people have been confirmed dead after a tsunami triggered by a magnitude 7.5 earthquake hit an Indonesian city on Friday.

Waves up to 3m (10ft) high swept through Palu on Sulawesi island.

Video on social media shows people screaming and fleeing in panic and a mosque among the buildings damaged.

Strong aftershocks continue to rock the city. Thousands of homes have collapsed, along with hospitals, hotels and shopping centres.

Rescue efforts are under way, though hampered by a major power cut. The main road to Palu has been blocked due to a landslide, and a key bridge brought down.

'Many bodies along the shoreline'

Indonesia's disaster agency said at least 384 people had been killed, but the number is expected to rise. At least 540 have been injured.

"Many bodies were found along the shoreline because of the tsunami, but the numbers are still unknown," Sutopo Purwo Nugroho, a spokesman for the agency, told Reuters.

"When the threat arose yesterday, people were still doing their activities on the beach and did not immediately run and they became victims," he told a news briefing.

Some survived by climbing six metre (18 ft) trees to escape the huge waves, the spokesman said. 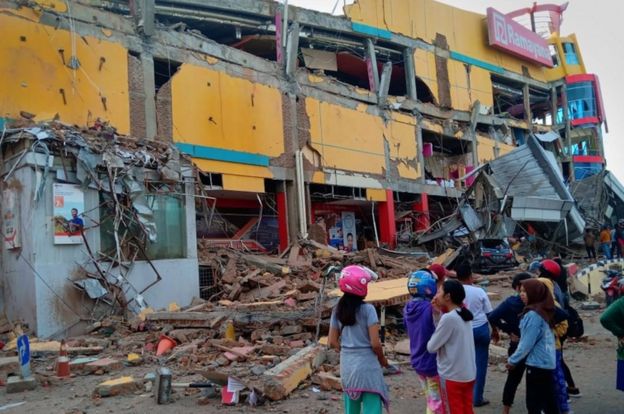 A less powerful quake earlier on Friday had killed at least one person and injured at least 10 in the smaller fishing town of Donggala.

In Palu, hundreds of people had been preparing for a beach festival that was due to start on Friday night.

The city's main hospital was damaged in the quake, and TV footage showed dozens of injured people being treated outside in makeshift medical tents. 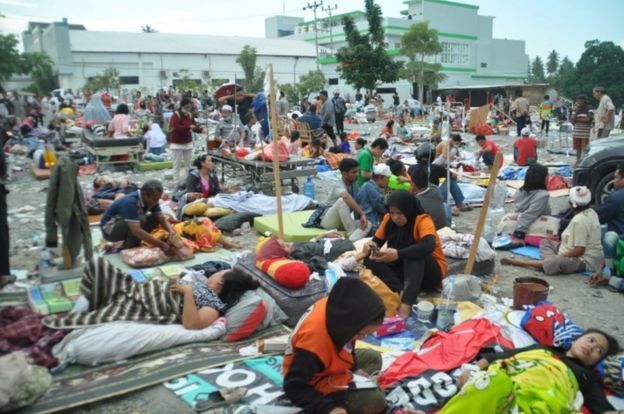 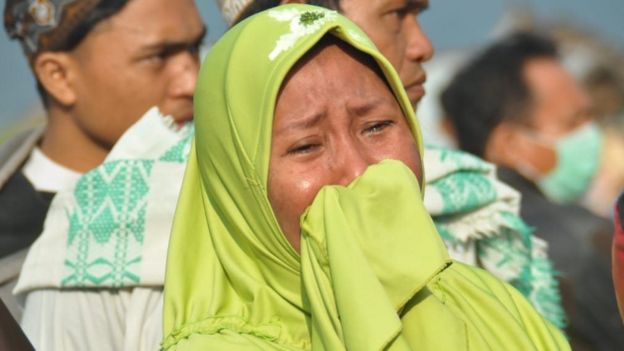 At least 384 people have been killed in the quake. Source: AFP

Palu and Donggala are home to more than 600,000 people. President Joko Widodo said on Saturday that troops were en route to the area to reinforce rescue teams and help retrieve bodies.

The main airport in Palu has been closed since the tsunami hit. A minister said the runway had been damaged but that it was hoped helicopters would still be able to land.

The country's military is sending cargo planes of relief aid from the capital, Jakarta. 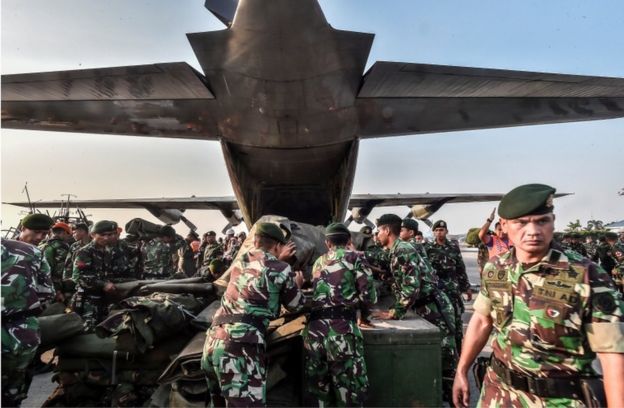 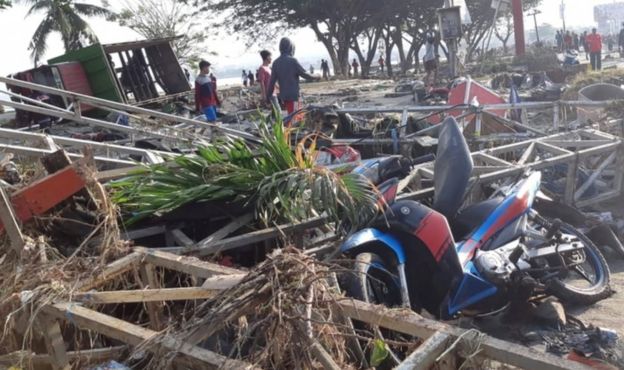 A tsunami warning was issued, but lifted within the hour. Indonesia's meteorological agency has been criticised for its response, but officials said the waves struck while the warning was in place.

Dramatic video of the tsunami hitting Palu shows the high waves sweeping away several buildings and then the large tilted mosque in the town, about 80km from the quake's epicentre.

"The situation is chaotic, people are running on the streets and buildings collapsed. There is a ship washed ashore," said Dwikorita Karnawati, head of Indonesia's meteorology and geophysics agency. 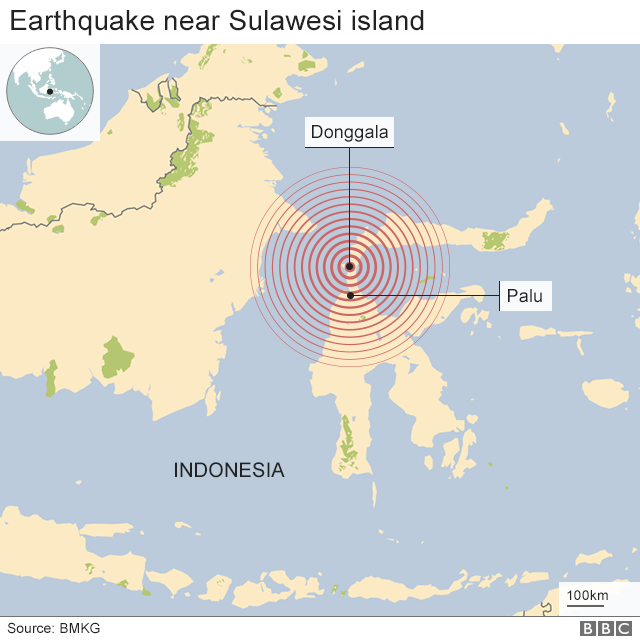 A 2004 tsunami triggered by an earthquake off the Indonesian island of Sumatra killed 226,000 across the Indian Ocean, including more than 120,000 in Indonesia.

Indonesia is prone to earthquakes because it lies on the Ring of Fire – the line of frequent quakes and volcanic eruptions that circles virtually the entire Pacific rim.

More than half of the world's active volcanoes above sea level are part of the ring.

Just last month, a series of deadly earthquakes struck the Indonesian island of Lombok. The biggest, on 5 August, killed more than 460 people. 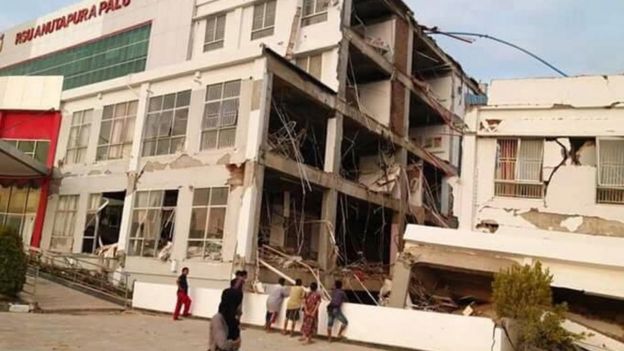 This hospital in Palu collapsed in the earthquake Source: EPA

Have you been affected by the earthquake? If it is safe to do so, share your experience by emailing haveyoursay@bbc.co.uk

Please include a contact number if you are willing to speak to a BBC journalist. You can also contact us in the following ways: