Interior Minister vows to crush trouble makers ahead of elections 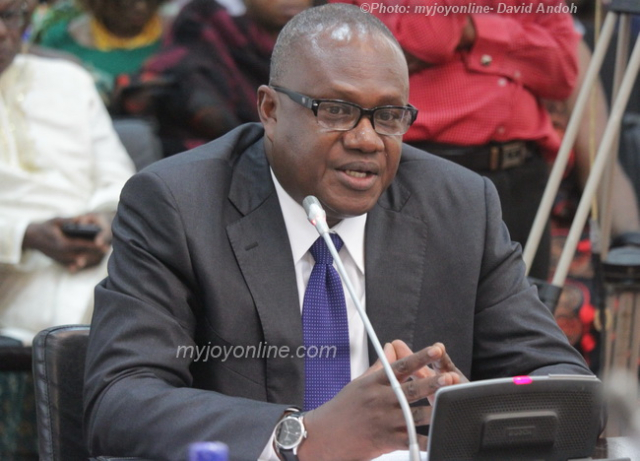 Interior Minister Prosper Bani has tasked security services to deal with any person or groups fomenting trouble ahead of the December 7 elections.

The call to the security officers follows pockets of violence recorded in some parts of the country ahead of the elections.

Mr. Bani believes they are the work of rogues who are testing the pulse of the police thus the directive.

He was speaking at a meeting of regional commanders of the Ghana Police Service on Thursday at the Police headquarters in Accra.

"We will not countenance any rogue activities and indeed you will all realise  that rogue elements are beginning to test the pulse of the nation.  They are in a rehearsal mood and therefore you should treat any rogue activity from today as a disturbance towards the preparations for the elections and therefore your heightened presence at all places, your determination to be very professional and to ensure that citizens go about their duties within the rules and laws of the country," he said.

He implored the police to act in a way that the citizens will continue to have confidence in the police.

He assured that the elections will once again be peaceful as the six others held in the country.

"I will like to take this opportunity, one more time to give a stern warning to all groups, individuals preparing to disturb the peace before and during the elections that our men and women are prepared to deal with in accordance with the laws of this country," he warned.

The service also launched its election educational materials to be distributed to its officers and the populace ahead of the elections.

The materials include fliers, posters and manuals. This was done in collaboration of the United Kingdom.

Ambassador of the United kingdom to Ghana Jon Benjamin questioned why vigilante groups are permitted to operate in the country and reiterated the Embassy's threat to refuse visas to anyone who creates chaos.