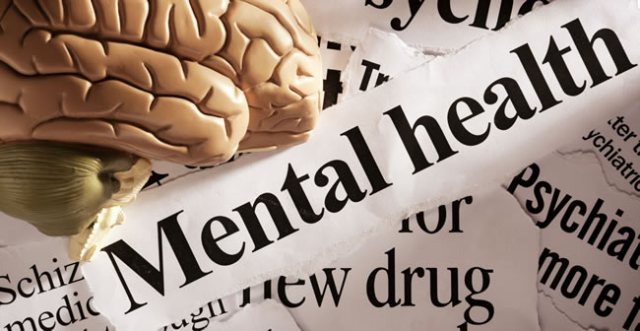 Clinical Psychologist at the Department of Psychiatry of the University of Ghana Medical School, Dr Seth Mawusi Asafo, has called for the inclusion of mental healthcare in all primary healthcare facilities to make it accessible to all.

He said, this would reduce the stigmatisation that comes with the challenge of seeking for help from a segregated health facility and help reduce the phenomenon.

Dr Mawusi Asafo made the call on Wednesday in an interview with the Ghana News Agency after a forum held in Accra as part of activities to mark this year’s World Mental Health Day.

“Now, if it is within the general health setting of every hospital then it will seem as if you are going to the hospital for the same reason everybody goes to the hospital and so you don’t feel like you are being stigmatised.”

“Neither do you feel like you are being segregated and that is an amazing way to move away from the stigmatisation of mental health and also to make mental healthcare accessible to people,” he said.

Dr Mawusi Asafo also noted that a major challenge hampering efforts at reducing the effects of mental health was the inadequacy of information to people to understand and appreciate the challenge in order to seek redress.

This is a contributing factor to the increased in suicide cases as people saw it as the first option in such situations.

“I think that information on mental healthcare is still inadequate, we are still in the infant stage when it comes to having Ghanaians understand what mental health is. In most cases most of our clients complain that nobody listens and understands them which is the biggest concern. As a result people feel they don’t have the coping mechanisms or resources to deal with the problem they are going through,” he said.

The forum, organised by the Human Rights Advocacy Centre (HRAC) and funded by Star-Ghana was held on the theme “Suicide is not an option; Seek help”.

It sought to create awareness about mental health issues, especially suicide among the youth in order to empower them on best preventive practices.

Dr Mawusi Asafo therefore urged people with such challenges to share their problems, especially with family members, close and trusted friends and spiritual leaders as that could reduce their burden and help them overcome their conditions.

“We have trained judges and magistrates in the various courts on how to identify mental health issues in the courts and refer appropriately”.

He appealed to government to establish a Mental Health Fund that would enable the Authority implement the National Suicide Policy and offer support to victims when the need come up.

On her part, Assistant Commissioner of Police Lydia Donkor, the Greater Accra Regional Director, Legal and Prosecution, called for a sensitisation of police officers to equip them with the necessary skills to help them deal better with victims.

She urged human rights advocacy groups to reach out to parliament and seek for review of Section 57 of the Criminal Offences Act which criminalises any act of attempted suicide in order to minimise fatalities.

According to the World Health Organisation (WHO), 800,000 people die due to suicide every year.

Suicide accounted for 1.4 per cent of all deaths worldwide, making it the 18th leading cause of death in 2016.