Is frustration brewing in Lakers’ camp or are teams taking advantage of their poor defense? 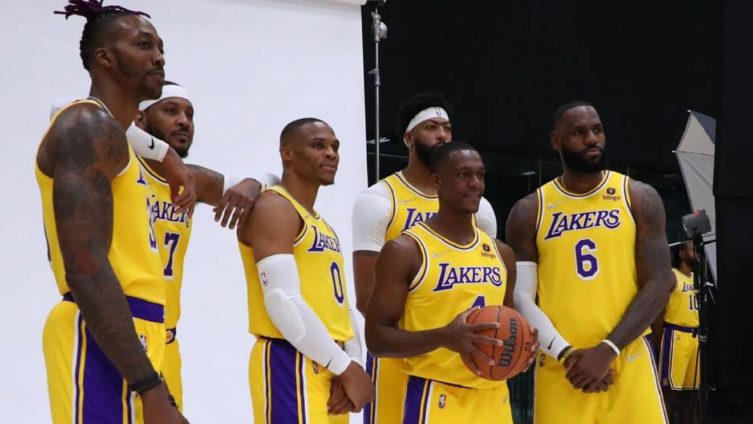 Los Angeles Lakers have had an off-season full of movements.

From players to the coaching staff, a lot of changes have been made and some argue that their recent struggles come solely from chemistry and chemistry alone. But limiting the conversation to just chemistry does not paint the broader picture of issues the team faces.

The Lakers currently ranked 28th (average of 113.4 points per game) in opponent points allowed and sit 8th (9 wins – 9 losses) in the western conference table. The boys from Los Angeles have had 369 fouls and are averaging 6.3 personal fouls in the fourth quarter. They’ve also allowed 2,042 points this season and an average of 50.9 of those points come from within the paint per game.

One will ask, what do these stats reflect? And how does it explain the woes of the Lakers this season?

With the Lakers conceding an average of 50.9 points (the most this NBA season) in the paint it means they have lacked quality rim protection. To throw more light on their paint issues, they rank second in opponent rebounds allowed (855). But with the number of big men in the team (Anthony Davis, Lebron James, Dwight Howard, DeAndre Jordan) you would not think it has to do with rim protection. That is where help defense comes in.

There may not be accurate statistics to measure help defense but it is clear that the pieces are not helping each other from the eye test point of view. This only shows that teams are taking advantage of the Lakers’ lack of collective defense.

With a 9-9 record, the Lakers have had two unexplainable defeats to Oklahoma City Thunders where they blew 20+ point leads in both games, losses to Boston Celtics and Portland Trailblazers who are also struggling this season, Minnesota Timberwolves, Phoenix Suns, Golden State Warriors, Milwaukee Bucks, and Chicago Bulls.

Injuries have also been a contributing factor to the Lakers’ bad start but those pieces missing in no way improve defense as individuals as they are not exceptional in that area.

Though many may disagree that frustration may be setting in, it is clear to see it is brewing in there.
In the fourth quarter, the Lakers are averaging 6.3 personal fouls and that is alarming as you don’t want to be in foul trouble both in crunch time and getting to crunch time. The Lakers are also allowing an average of 25.6 points and are a -1.5 in the 4th quarter.

Not being able to close out games is frustrating for teams and that leads to a lot of controversies and problems. The regular ones we may see through aggression on the court, press conferences, and others but some may not be seen, and they happen within the locker room.

If something is not done in the near future, the “experienced team” will be outrun by the “young teams”.

Maybe it is time for a trade in the coming weeks.