It will be suicidal to contest President Mahama - says Ofosu Ampofo - MyJoyOnline.com

It will be suicidal to contest President Mahama – says Ofosu Ampofo 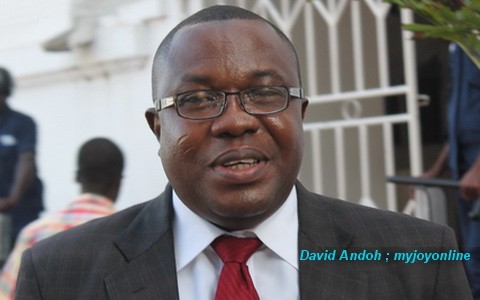 Second National Vice-Chairman of NDC, Samuel Ofosu Ampofo, has backed suggestions nobody should contest President Mahama in up-coming presidential primaries of the party.

He says any such move will be suicidal as it will send a bad signal and arm the opposition with a strong campaign message.

National Executive Council of the NDC on Thursday agreed on a filing fee of Gh50,000 for presidential aspirants.

All card-bearing party members will vote to elect a presidential and parliamentary candidates on November 17.

Mr. Ofosu Ampofo believes nobody will come out to contest the President in the interest of the party towards victory come 2016.

“I don’t think anybody will contest the President, it will be suicidal for anyone to contest him looking at the developmental programmes he is championing… the President says he will fix our challenges so why should anybody contest he needs time to fix our programmes as a country,” he noted.

Commenting on the issue, NPP former General Secretary, Kwadwo Owusu Afriyie, suggested Mr. Ofosu Ampofo’s assertion is out fear of being victimized by the President.

He adds that even NDC members are convinced the President has failed Ghanaians for which they want him to set a record of losing the 2016 election to the NPP.