It's time for major shake up in govt - Pratt fires - MyJoyOnline.com

It’s time for major shake up in govt – Pratt fires 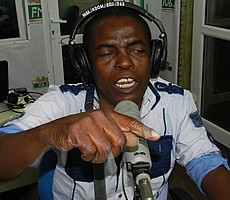 Managing Editor of the Insight newspaper, Kwesi Pratt Jnr. is calling for an urgent "shake up" in government.

“It is time for a major shake up in government. People must be sacked; he [President John Mahama] needs to crack the whip to send a signal,” he stressed.

His call comes days after deputy Communication Minister, Victoria Hamah was sacked following a leaked tape on which she made several revelations about government.

Ms. Hammah on the secret recording denigrated her colleague deputy minister of Gender, Children and Social Protection, Rachael Appoh for courting bad press for her boss, Nana Oye Lithur adding that, she won’t disrespect her superior while she cannot boast of one million dollars.

What has made the issue murkier is her claim that a minister influenced the verdict of the 2012 election petition. The opposition New Patriotic Party (NPP) which filed the petition is demanding a probe in to the issue.

But Kwesi Pratt on Peace FM’s Kokrokoo Tuesday said, the humiliation could have been avoided if diligence was done before Victoria Hamah’s appointment.

“For the past one week, Vikileaks everywhere and you are not worried that there is this major diversion from government programmes?"

Commending President Mahama for the swift action taken on the matter, he said more people need to be sacked.

He bemoaned the laud silence of the president while he says his [Mahama] appointees run down government.

“The Head of State must wake up and crack the whip what is this" he exclaimed.

The Insight editor noted that if in spite of the socio-economic hardships in the country, appointees of government are decently working in the interest of the state, Ghanaians will be comforted.

Kwesi Pratt said unless there is a major shake up in government, there is “no hope”.