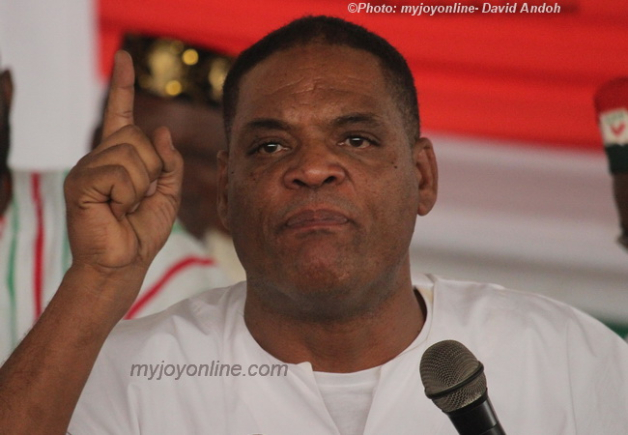 Newly elected flagbearer of the Convention Peoples’Party (CPP), Ivor Kobina Greenstreet, has promised to put the interest of party supporters above its internal problems and ensure unity.

He said this while delivering a short victory speech Saturday at the International Trade Fair Centre in Accra, where a national delegates’ conference was held to elect a party leader.

“Ghanaians will know that yes this is a real political party not a historical society. Not a group of individuals who want to enrich themselves,” he told an enchanted crowd of supporters at the congress venue.

He said he will work to unite the party to win presidential elections on November 7 this year.

He said CPP is a “party which puts the people of Ghana’s problems ahead of its own internal problems, solves the problems of Ghanaians.”

Samia who was favourite to win the presidential primary has accused Mr Greenstreet of vote-buying.

“I’m obviously not happy with the results but I accept them. The fact of the matter is that every delegate was paid between Gh¢200 and Gh¢500, so it goes down to money and we can’t be happy about that,” the former national chairperson of the CPP told the media after the declaration of the results.