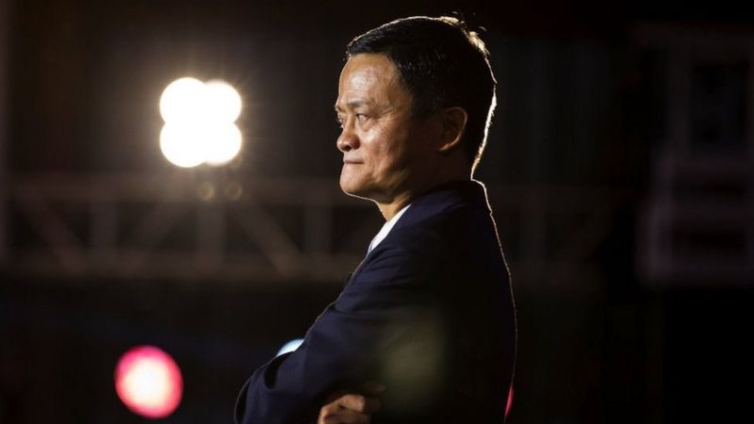 Ant, backed by Jack Ma, billionaire founder of e-commerce platform Alibaba, is to sell shares worth about $34.4bn (£26.5bn) on the Shanghai and Hong Kong stock markets.

Advisers to Ant set the share price on Monday amid reports of very strong demand from major investors.

Ant, an online payments business, is only selling about 11% of its shares. But the pricing values the whole business at about $313bn.

Mr Ma’s Ant shares are reportedly worth about $17bn, taking his net worth to close to $80bn and confirming him as China’s richest man.

Ant runs Alipay, the dominant online payment system in China, where cash, cheques and credit cards have long been eclipsed by e-payment devices and apps.

In fact, Alipay says the total volume of payments on its platforms in China for the year ending in June was a massive $17.6tn.

According to Alibaba’s most recent annual report, Alipay has 1.3 billion users. Most are in China, with the rest coming from its nine e-wallet partners elsewhere in Asia.

The company is expected to make its dual listing in Shanghai and Hong Kong next week, underlining the latter exchange’s growing importance as a financing hub.

The Trump administration has threatened to limit Chinese firms’ access to US capital markets, a move that is part of the long-running trade row between Washington and Beijing. In response, China called on its flagship tech giants to list on domestic stock markets.

Chinese tech firms, including NetEase and JD.Com, have already raised billions by selling their shares via the Hong Kong stock market.

According to the Bloomberg news agency, Mr Ma told a conference in China on Saturday that the flotation would be of huge significance for Shanghai and Hong Kong.

“This was the first time such a big listing, the largest in human history, was priced outside New York City,” he told the Bund Summit.

“We wouldn’t have dared to think about it five years, or even three years ago,” said Mr Ma.

Major investors to have signed up to the share offering ahead of flotation, scheduled for 5 November, include Singapore state investor Temasek Holding and Abu Dhabi sovereign wealth funds GIC and Abu Dhabi Investment Authority.

“Digital commerce and infrastructure platforms in Asia provide an unprecedented opportunity for Asian and global investors to be part of the next wave of value creation in Asia,” said Varun Mittal, an emerging markets expert at consultancy EY, in Singapore.

“Earlier this year, India saw a rush of international investors keen to invest in infrastructure and platforms ecosystem, which is being replicated in the Chinese ecosystem now.”

DISCLAIMER: The Views, Comments, Opinions, Contributions and Statements made by Readers and Contributors on this platform do not necessarily represent the views or policy of Multimedia Group Limited.
Tags:
Alibaba
Ant Group
Financial Technology
Jack Ma