Jordan Ayew: A united Black Stars can go all the way in Egypt 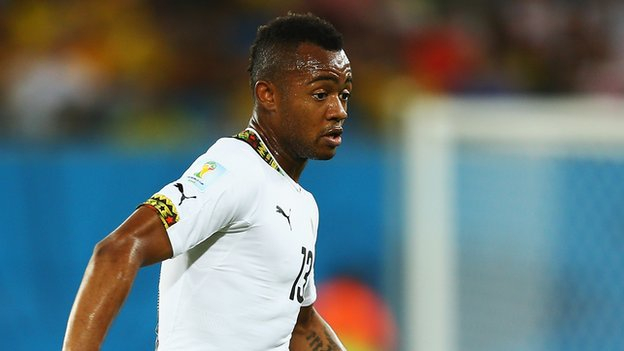 Black Stars striker Jordan Ayew believes that unity amongst the squad can play a key role in Ghana’s quest to win the 2019 Africa Cup of Nations tournament in Egypt.

It has been 37 years since the Black Stars won the trophy. The long drought hasn’t been an utterly disappointing one considering the fact that Ghana has reached three finals since winning their fourth title in 1982.

For the first time in the history of the tournament, there will be 24 participating countries. Hypothetically, the Black Stars’ chances of winning the tournament may have just dwindled factoring the number of teams. Nonetheless, a lot of Ghanaians are remaining optimistic and one other player who seems to have joined this chain of positivity is Jordan Ayew.

Jordan who plays for Premier League side Crystal Palace was a member of the recent Black Stars team that were victorious against Kenya and Mauritania. The Black Stars striker believes that if the team is united, they can go all the way in 2019 AFCON.

“Football is a funny sport but every time we have a chance, we have one more goal. The thing is we are getting old, we are gaining more experience and we all believe we can get something positive this time and I think if we keep on being united like we have the past months, I don't think we can't do a good tournament," the 27-year-old told Ghanaweb.com.

"I think since I have been in the Black Stars, 2015- wasn't bad but I think this team is creating a sort of a very very solid team. It's positive for us because if you go to the AFCON you need your colleagues.

"You can't just play with nine, it's a team of 23 players. The only thing is the unity is key at a tournament. If we united as a team, I think we can do a great tournament," he added.

Jordan has been capped 52 times by the senior national team since his debut in 2010. He has scored 14 goals.