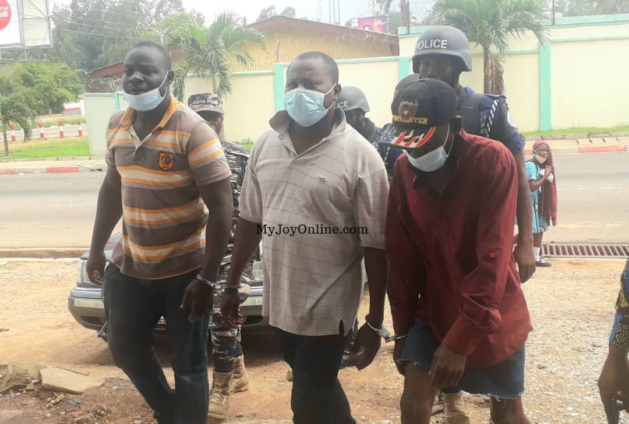 Three suspects arrested in relation to the murder of a social activist, Ibrahim Mohammed, also known as Kaaka, in Ejura Sekyedumase, have been charged for conspiracy to commit crime and murder.

Their action is said to be in breach of Section 46 of the Criminal Offences Act, Act 29 of 1960, which states that “whoever commits murder shall be liable to suffer death”.

The three were arraigned before the Asokwa District Court in Kumasi on July, 2.

Chief Superintendent Blagodzi, who led the prosecution, requested the court to remand the suspects into police custody for further investigations.

The presiding Judge, Her Worship, Akua Adu Boahen, consequently remanded them. They are to re-appear on July 22, 2021.

On June 28, social activist, Ibrahim Mohammed known as Kaaka was pronounced dead at the Komfo Anokye Teaching Hospital after an attack against him on Saturday.

He was struck on the head several times in front of his residence by unknown assailants.

On June, 29 the suspects Issakar Ibrahim, also known as Anyas, Fuseini Alhassan were picked up by the police. The other, Iddi Mohammed, brother of the deceased was later arrested.