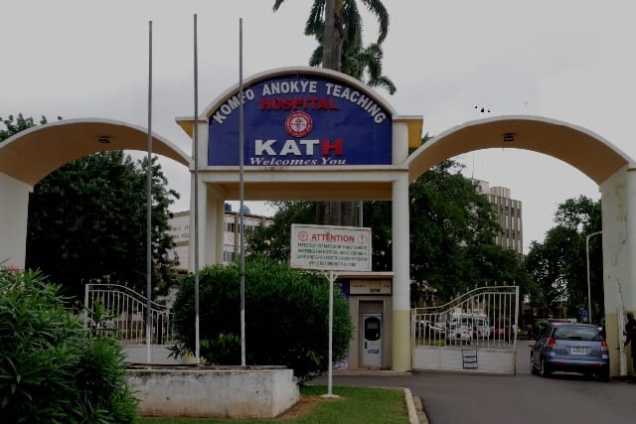 Management of the Komfo Anokye Teaching Hospital (KATH) has been defending its sack of an accounts officer who dragged the hospital to CHRAJ over alleged misapplication of Covid-19 funds and abuse of office.

The hospital says it dismissed Awuni Akyereba for breaching its grievance protocols and peddling falsehood against management.

The case over which Mr Akyereba was relieved of his duties is yet to be heard by the Commission for Human Rights and Administrative Justice (CHRAJ).

Speaking to Luv News, Public Relations Officer for KATH, Kwame Frimpong said it has not received any communication from CHRAJ and refuses to acknowledge the existence of any petition before the commission.

“As far as the board is concerned, it is unaware of any petition pending before CHRAJ. We have internal grievance resolution mechanisms or channels,” he said.

“We have a disciplinary code that is widely disseminated in this hospital that we are all subjected to.”

Meanwhile, the petitioner, Awuni Akyireba has described his dismissal as a travesty of justice, saying he has not been given a fair hearing.

He said he cannot fathom how the management arrived at their conclusion when CHRAJ had not investigated the matter.

He said he will get the courts to reverse his sacking.

“I am contemplating probably, very soon, that I will sue for that. I will try to get this erased, quashed, not suing for anything, but just to get the decision reversed. Because it is patent on the letter, that I was not granted a fair hearing.”