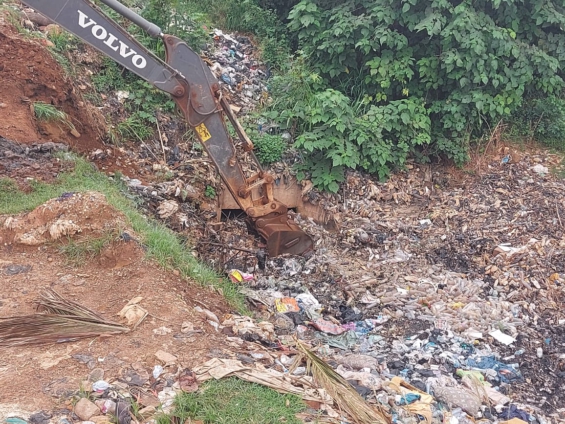 The Kumasi Metropolitan Assembly (KMA) is working with a construction firm, Contracta, to desilt drains in and around the Kejetia Market.

This is to free the drains of filth hindering the free flow of liquid waste.

City Mayor, Samuel Pyne, says the assembly is taking the necessary steps to safeguard traders and their merchandise as the rains set it.

Last year, the state-of-the-art Kejetia Market got flooded after a downpour.

Wares of traders were destroyed, affecting their capital for business.

The huge volume of solid waste that choked the Subin Stream caused the flooding.

To deal with the situation, desilting of drains in and around Kejetia Market has been carried out by the KMA and ‘Contracta’.

He cautioned the citizenry against indiscriminate dumping of refuse, saying, it behooves on the people to always keep their surroundings clean.

Drains connecting the Subin stream to the Kejetia Market were desilted.

Drains inside the Kejetia Market were desilted and flushed out with water by the fire service department.

The main Subin stream connecting Racecourse Market to Kejetia was totally choked with plastic waste and other materials, making it difficult for the free flow of liquid waste.

Consultant to the construction firm, Contracta, called for attitudinal change and provision of waste bins in the city.