Kojo Antwi’s music gets lady out of coma, prevented suicide 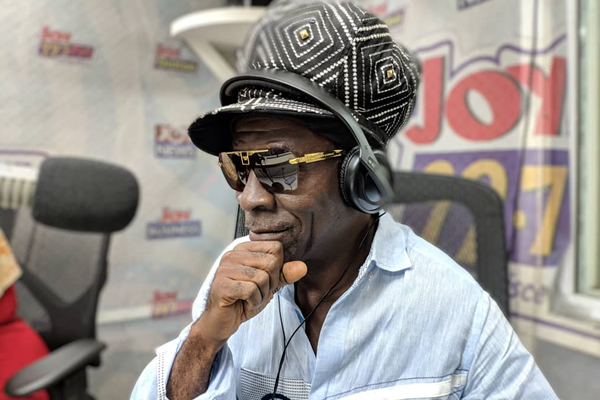 Celebrated for his music excellence, Kojo Antwi, popularly known as ‘Mr Music Man’, has revealed that his songs helped get a lady out of a coma.

The man, who says he was sent by God to do music, revealed in an interview on the Super Morning Show on Joy FM with Daniel Dadzie that a lady confessed to him that his music helped her while she was in a coma.

“I met a lady who said she was in a coma and what her parents did was to have headphones on her and they kept playing my music to her while she was in the hospital because her parents knew she was so much into my music,” the ‘Adiepena’ hitmaker said.

Kojo Antwi added that “…she had those headphones [on] even though she couldn’t hear you, she couldn’t feel anything…as part of the treatment, they kept playing my music to her all the time. So she met me and [told] me the story.”

That was not the only occasion on which his music saved a life.

The Kempinski Hotel Gold Coast City will come alive Thursday night, February 14, as hundreds of couples will dance to classic tunes like ‘Amirika’, ‘Nfa Me Nko Ho’, ‘Densu’, ‘Adiepena’, ‘Me Dee Ne Wo A’, ‘Odo Ano Wappi’, ‘Medofo Pa’, ‘Dadie Anoma’, ‘Me Nya Ntaban A’ and host of others from the music maestro.

Patrons of the event will enjoy a night of good music, which will be a blend of Ghanaian highlife, Congolese soukous, Caribbean lovers rock, with a dash of African American soul and R&B.

“Tonight we are going to celebrate love,” the music maestro has promise patrons.

For a cool â‚µ800 (regular) and â‚µ1000 (VIP) per couple or â‚µ400 (single regular) and â‚µ500 (single VIP) – dressed in anything nice with a touch of red -, a cliquey atmosphere of music, good food, drinks and people awaits lovers on Valentine’s Day with Mr Music Man.