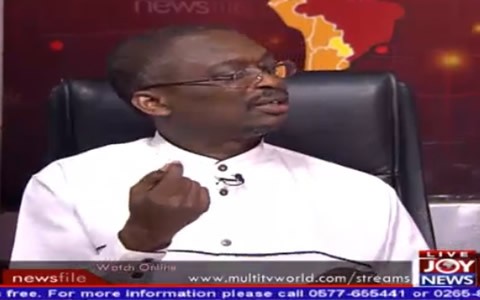 Mr. Baako made the startling revelation on Joy FM’s News analysis programme ‘Newsfile’ on Saturday, March 15, while contributing to a discussion on calls for marijuana to be legalized in Ghana.

The Executive Secretary of the Narcotics Control Board (NACOB), Mr. Akrasi Sarpong, earlier this week, had advocated a national debate legalizing marijuana.

According to the Executive Secretary of NACOB, legalizing the illicit substance could help regulate it's use, while at the same time, earn revenue for the state through export.

He stated further that tie-wearing graduates and professionals are not strangers to the substance usage and hence, the need to consider its legalizing it.

But Kwaku Baako said, he will be the last person to recommended its widespread use in the country since "it is not worth it".

"I am an experienced man when it comes to those things", he stressed.

He said although a national debate on the matter is a good idea, there must be preliminary discussions between experts in the pharmaceutical industry, psychiatrist and other relevant stakeholders before being taken to Parliament.

"So, it should be a focused thing [which is] expert-driven…when it comes to the area of smoking and its negative effects, some of us could be contracted to give our experiences,” Mr. Baako said.

He further revealed that a "distinct" debate on whether to legalize marijuana first came up in Parliament in 1981.

Referring to the Hansard of a Parliamentary debate in 1981 on the matter, he said one Mr. Owusu Sekyere, who was then an MP for Sunyani, set the debate in motion by citing numerous instances in which prominent people in society had been arrested at the Kotoka International Airport for attempting to smuggle the banned substance from the country.

He said that Parliamentary debate brought very interesting points for consideration in this new call for a national debate, some of which include cultivation and exportation of the substance to countries that have legalized the marijuana use.