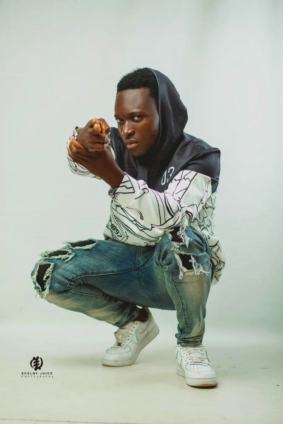 Kweku Wina has been crowned the rap ‘god’ in the Rapture II music contest, which came off at the Purple Pub in Accra on Friday evening.

The Ashanti Regional representative, aside from earning bragging rights, walked away with ¢10,000 cash and other prizes from sponsors.

The keenly contested music competition witnessed intense participation and was also a showcase of rap talents.

The contest started with a preliminary round that saw contestants dishing out their best freestyle verses amidst shouts from their fans.

They also used the opportunity to leave an imprint on social media viewers and audiences.

In the next stage, one of the contestants, Yaw King, reigned supreme but could not sustain his lead in the subsequent round.

After Yaw King and MG1 were eliminated during the ‘Lyrical Battle’ round, the remaining contestants headed to the finals to prove who was quick on their feet and had an enriched vocabulary.

At the end of the final round, Kweku Wina pulled a surprise to emerge the winner with 540 points, earning the admiration of both judges and other competitors.

Elated by his win, Kweku Wina expressed profound appreciation to YFM and its partners for organising the contest.

He said he was impressed by the maiden edition and decided to try out the second edition.

Mr Wina said he believed by partaking, he will not only make a name for himself but also develop his craft and showcase his talent to the world.

“I thank everyone who supported my journey this far and myself for having the confidence and never giving in this time.”

Head of YFM, Triangle Osei Kuffour, said he was impressed with the finalists’ performances.

He congratulated them for making it to the finals and displaying fierce battle with bars and sounds.

“This year’s Rapture has been memorable since the beginning, and I’m very impressed with the contestants throughout the various stages.

“It validated our belief that there’s an enormous crop of musical talents in the country, and I’m proud of the finalists. I was blown away by the talent I saw on display today. Congratulations to you all who participated. Get ready to take over the entertainment space.”

The ‘Rapture’ is coined from Rap, Culture and Future, which will not only unearth talent.

Organisers say it will not only revive the rap culture but also reward rappers who prove themselves ‘top dogs’ and are capable of carrying the banner of the rap culture through the sands of time.