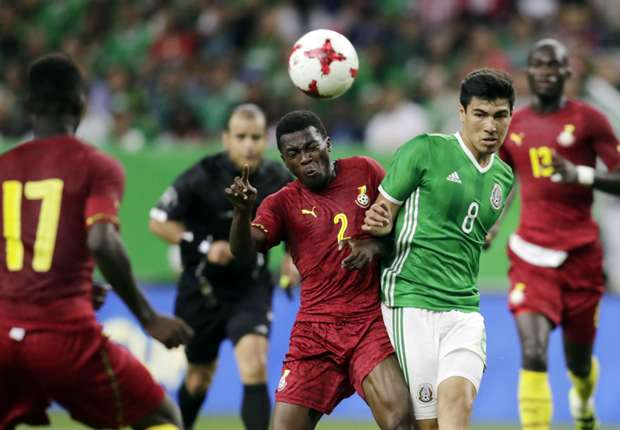 Ghana coach, Kwesi Appiah, was left astounded by the demeanor of referee Baldomero Toledo in Ghana’s 1-0 defeat to Mexico.

In addition to this, several other calls did not go down well with the Ghana boss who in turn questioned the rationale behind appointing a Mexican-American to officiate the game.

To add insult to injury, Baldomero Toledo allegedly used the F-word on a Ghanaian player and Kwesi Appiah could not hide his astonishment.

“Talking about the referee, I was really, really shocked that in a game like this they would allow a Mexican to be the center ref when we were playing (against) Mexico," Kwesi Appiah said in his post-match news conference.

"I’m really, really surprised. I never knew about it until after the game. I heard that he was a Mexican-American. I mean, it doesn't make any difference. If you’re Mexican, you’re Mexican.

"On top of that also, his behavior on the pitch. The surprising thing, you know, he used the f-word against one of my players.

"This is something that modern days, we don’t need such reactions from a referee.

"I don’t know who organized it but because there are so many referees in the America here, I’m surprised that someone from Mexico should handle a Mexico game.”

Ghana will now head to Connecticut to face the U.S. in another friendly.