Legionellosis: Outbreak at a glance 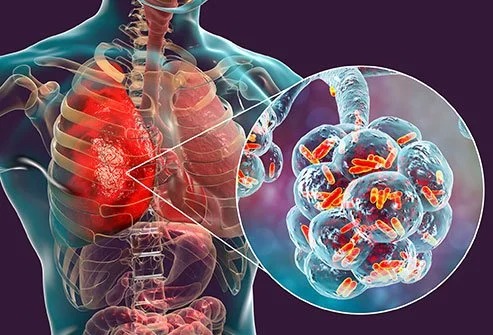 As of 3 September 2022, a cluster of 11 cases of severe pneumonia, including four deaths, have been reported in San Miguel de Tucumán city, Tucuman Province, Argentina.

Legionella spp was isolated in the samples from four cases. Legionellosis is a pneumonia-like illness that varies in severity from mild febrile illness to a serious and sometimes fatal form of pneumonia. Cases were initially reported as being pneumonia of unknown cause.

Legionella bacteria was identified as the causative organism on 3 September.

All cases presented with bilateral pneumonia, fever, myalgia, abdominal pain, and dyspnea between 18 and 25 August 2022 and are epidemiologically linked to one health facility.

Of the 11 cases, eight are health workers of the facility; three are patients of the health facility. Three of the four deaths were among health workers.

On 29 August 2022, WHO was notified by the Ministry of Health of Argentina of a report from the Ministry of Public Health of Tucumán Province, of a cluster of six cases of bilateral pneumonia without an etiological cause identified in San Miguel de Tucumán city, Tucuman Province, Argentina.

1. All six cases were linked to one private health facility in the city of San Miguel de Tucumán, with the onset of symptoms between 18 and 22 August 2022. The six cases included five health workers and one patient who was admitted to the clinic for an unrelated condition and then subsequently to the intensive care unit after developing pneumonia. In addition to bilateral pneumonia, all cases presented with fever, myalgia, abdominal pain, and dyspnea.

On 1 September, three additional cases were identified through active case finding – all health workers from the same private health facility, aged 30 to 44 years – with similar signs and symptoms to the initial six cases identified.

Between 2 and 3 September, two additional cases were identified, an 81-year-old male and a 64-year-old male, both with comorbidities, who were hospitalized and presented similar clinical presentation as the previous cases 3.

As of 3 September 2022, 11 cases have been identified, four of whom have died (three health workers). Eight of the 11 reported cases are health workers of the same health facility.

The median age of the cases is 45 years; seven are male. Ten cases had underlying conditions and/or risk factors for severe disease, including the four reported deaths. Four cases are still hospitalized as of 3 September. Contacts of the cases are under follow-up and, to date, none have developed symptoms.

Blood, respiratory and tissues samples were obtained from the 11 cases. Preliminary tests conducted at the local Public Health Laboratory were negative for respiratory viruses, and other viral, bacterial, and fungal agents.

On 31 August, samples from the initial six cases were sent to the National Reference Laboratory – the Administration of National Laboratories and Health Institutes (Administración Nacional de Laboratorios e Institutos de Salud – ANLIS per its acronym in Spanish) – for additional testing

Further analyses of two bronchoalveolar lavage samples by highly sensitive total DNA sequencing (metagenomics) found readings compatible with Legionella spp. On 3 September 2022, ANLIS reported that amplification products of the 16S ribosomal gene for Legionella spp. from the two samples of bronchoalveolar lavage sequenced by metagenomics and analyzed by four different bioinformatic methods, produced results compatible with Legionella pneumophila. Confirmation of these results is expected upon completion of the sequencing processes. This laboratory result supports evidence compatible with Legionnaires’ disease. Blood culture and seroconversion tests continue to be conducted to complement the diagnosis of Legionella infection.

Legionellosis is a generic term describing the pneumonic and non-pneumonic forms of infection with the Legionella species of bacteria. Legionellosis varies in severity from mild to serious and can sometimes be fatal.

Legionnaires’ disease, the pneumonic form, has an incubation period of 2 to 10 days (but up to 16 days have been recorded in some outbreaks).

It is an important cause of community- and hospital-acquired pneumonia; and although uncommon, Legionnaires may cause outbreaks of public health significance. Initially, symptoms are fever, mild cough, loss of appetite, headache, malaise and lethargy, with some patients also experiencing muscle pain, diarrhoea and confusion.

Mortality from Legionnaires’ disease depends on the severity of the disease, the use of antibiotic treatment, the setting where Legionella was acquired, and whether the patient has underlying conditions, including immunosuppression.

The death rate may be as high as 40–80% in untreated immunosuppressed patients and can be reduced to 5–30% through appropriate case management, depending on the severity of the clinical signs and symptoms. Overall, the death rate is usually between 5–10%.

In response to the detection of the cluster of bilateral pneumonia, health authorities in Tucuman Province coordinated cluster investigation activities including the follow-up of cases, search for the source(s) of infection, active case finding to identify additional cases, and contact tracing. Preliminary investigations indicated no secondary cases were identified.

As Legionella spp. has been identified as the etiology of this outbreak, the following public health measures were implemented:

With the support of national health authorities, environmental samples are being collected to define the source of contamination and urgently implement prevention and control measures. The health authorities are also implementing internal and external communication strategies for health professionals and the community.

Legionellosis varies in severity from a mild febrile illness to a serious and sometimes fatal form of pneumonia and is caused by exposure to Legionella species found in contaminated water and potting mixes.

The most common form of transmission of Legionellosis is inhalation of contaminated aerosols from contaminated water sources.

Sources that have been linked to both the transmission of Legionella via aerosols and outbreaks of Legionellosis include air conditioning cooling towers or evaporative condensers associated with air conditioning and industrial cooling, hot and cold water systems, humidifiers, and whirlpool spas.

Infection can also occur by aspiration of contaminated water or ice, particularly in susceptible hospital patients. To date, there is no reported direct human-to-human transmission.

Sporadic outbreaks of legionellosis pneumonia have been reported in Argentina before. There are robust surveillance activities being implemented in the affected health facility.

Nonetheless, in the absence of an identified source of Legionella bacteria, the risk of developing Legionellosis for people working or hospitalized at the same health facility is currently moderate.

Countries with cases of Legionellosis reported after travel to Argentina should notify their regional IHR focal point.

WHO recommends the continuation of laboratory analyses, case identification and clinical care, contact tracing, outbreak investigation to identify the source(s), implementation of measures to prevent further infections and enhancement of Infection Prevention and Control (IPC) measures.

IPC measures in health facilities have been enhanced during the COVID-19 pandemic and should be reinforced to prevent healthcare-associated transmission.

Precautions that are recommended for COVID-19 should continue to be followed.

WHO does not recommend any specific different measures for travelers. In case of symptoms suggestive of respiratory illness either during or after travel, travelers are encouraged to seek medical attention and share their travel history with their healthcare provider.

DISCLAIMER: The Views, Comments, Opinions, Contributions and Statements made by Readers and Contributors on this platform do not necessarily represent the views or policy of Multimedia Group Limited.
Tags:
Legionellosis
WHO