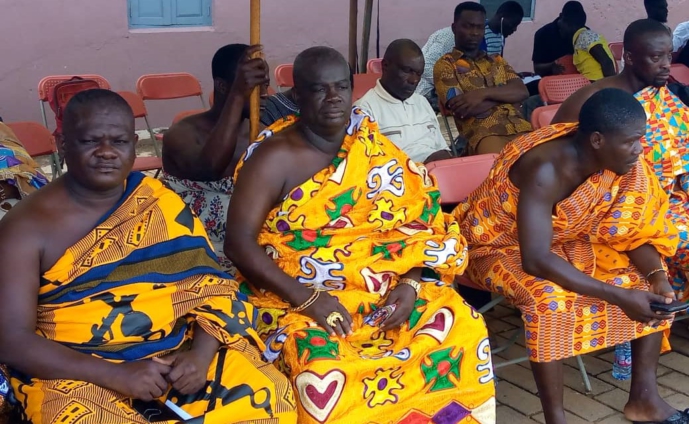 He explained that the region could develop as expected to improve residents’ standard of living when there is absolute unity, adding that educational background and location should not be a hindrance.

“If we are united as a people, regardless of our numbers, there is nothing we can’t achieve if we put our minds to it,” he said.

Nana Yaw Basoa made the call at Bechem in the Tano South District during the launch of the “Ahafo Home Coming Festival 2022 “.

The launch was attended by chiefs in the region, the Regional Minister, Municipal and District Chief Executives, and the Clergy, among other dignitaries.

The council of state member Nana Basoa also said the culture where people expect the government to provide all developmental projects should be reviewed.

“The government would do its part of development, but certainly not everything that we require as a region.”

Instead, he wants financially sound residents and those with the best lobbying skills to make good use of them to help bring development to the doorsteps of residents.

Nana Basoa believes that would help to achieve the aim of why the Ahafo Region was created.

He hinted that the introduction of the Ahafo Homecoming Festival scheduled for December 30, 2022, to January 1, 2023, and expected to happen every year, is to help promote development without waiting for the government.

He noted that the idea was muted after a thorough discussion with the chiefs and other opinion leaders in the region and, therefore, urges all citizens of Ahafo, both home and abroad, to play their part to ensure the success of the festival to the benefit of the region.

Ahafo Regional Minister, George Boakye, speaking to the media after the launch, mentioned that the festival would attract investors in and out of Ahafo and Ghana, an indication of the region’s potential for investment to help the region and the investors.

He expressed his delight for the festival, expected to influence the development of the region, and pledged the coordinating council’s support before, during, and after the festival.

He further hoped it would help to develop tourist sites in some areas, including Mim, Yamfo, Tanoso, Sankore, and Kyenkyensibourso in the region.

Nana Ofori, one of the brains behind the Ahafo Homecoming Festival initiative, told Adom News’ reporter Sammy Asare that the initiative is a self-help drive by the indigenes after their role in the creation of the region.

He said some investors and natives outside the region and the country have expressed their interest to be part of the three-day festival to ensure that the region sees a massive development trend.

DISCLAIMER: The Views, Comments, Opinions, Contributions and Statements made by Readers and Contributors on this platform do not necessarily represent the views or policy of Multimedia Group Limited.
Tags:
Ahafo Home Coming Festival
Nana Basoa