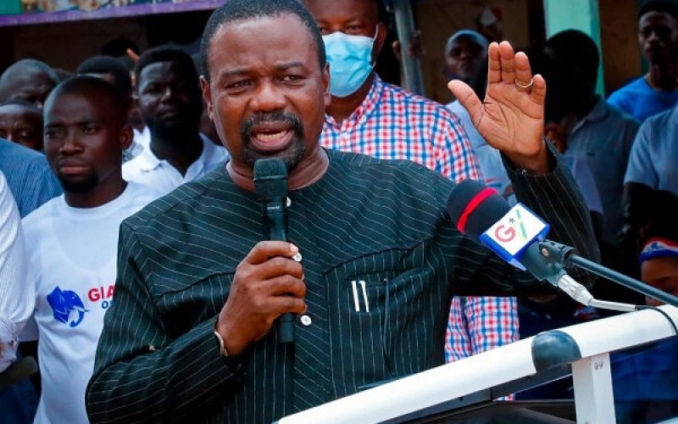 An International Relations Analyst, Professor Vladimir Antwi Danso has urged the government to collaborate with countries evacuating their people from Ukraine to assist Ghanaian students to move out of Ukraine.

His comment follows the appeal by Ghanaian students in Ukraine for government to urgently consider evacuating them from the Ukraine-Russia region, following reports of tensions and violent clashes.

Speaking to JoyNews, Prof. Antwi Danso said, “The air space is closed. What do you do? …All we can do is to liaise with other countries who would be evacuating their nationals to see if they can evacuate ours for us,” he said.

Earlier, the Government through the Ministry of Foreign Affairs on Thursday said it is gravely concerned about the security and safety of Ghanaians living in Ukraine following reports of tensions and violent clashes.

as we engage the authorities, our relevant diplomatic missions and our honorary consul on further measures. 2/2

According to the Ministry, the government has in the meantime asked over 1,000 students and other Ghanaians to seek help at government places of shelter.

Government’s statement comes after the National Union of Ghana Students (NUGS) on Wednesday, February 23 called for the immediate evacuation of Ghanaian students from the Ukraine-Russia region.

“As the conflict escalates within the region, governments of countries across the world are prioritizing the evacuation of their citizens from the area, to forestall harm to their citizens. Currently, a number of students have fled the region, showing growing insecurity and fear among our students.

“Some of those students including Chapter Executives of NUGS in Ukraine have touched down and made contact with the National Secretariat of NUGS, advising that urgent steps be taken to ensure the safety of their colleagues still in the region. As the mother body of Ghanaian students, the safety of our students remains our paramount concern, hence our advocacy for this line of action”, NUGS said in its statement.