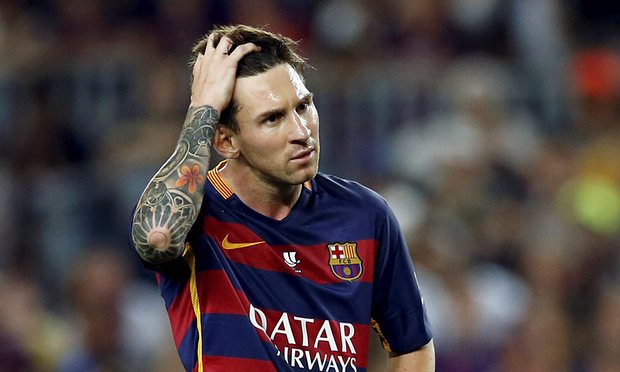 The final decision on the fine rests in the hands of the Spanish courts.

The court in Barcelona found they used tax havens in Belize and Uruguay.

As well as the jail terms, the Barcelona star and Argentina international was fined about €2m and his father €1.5m. They made a voluntary €5m "corrective payment", equal to the alleged unpaid tax plus interest, in August 2013.

Messi's appeal against the sentence was rejected by the Supreme Court last month, but his father's jail time was reduced because he paid some of the taxes.

However, Messi was never expected to serve time in jail, as under the Spanish system, prison terms of under two years can be served under probation.

Holds the record for most goals in Spain's La Liga

Olympic gold medallist with Argentina in 2008

Messi is not the only football star to find himself in trouble over his tax affairs.

Cristiano Ronaldo could be charged with tax fraud after Spain's tax office passed a file onto prosecutors.

Meanwhile, José Mourinho's advisers have denied allegations that the Manchester United manager defrauded Spain of €3.3m (£2.9m; $3.6m) in taxes while he was Real Madrid coach from 2011 to 2012.