Lionel Messi was the star of the show as Barcelona bounced back from defeat against Manchester City in midweek to beat Sevilla 2-1 on Sunday evening.

After losing comprehensively against City in the Champions League it looked like it was going to be another tough evening for Barcelona when Vitolo opened the scoring for Sevilla in the first 15 minutes.

However Messi took the game by the scruff of the neck to bring his side level before the break with a fine finish from the edge of the area after he started the move. 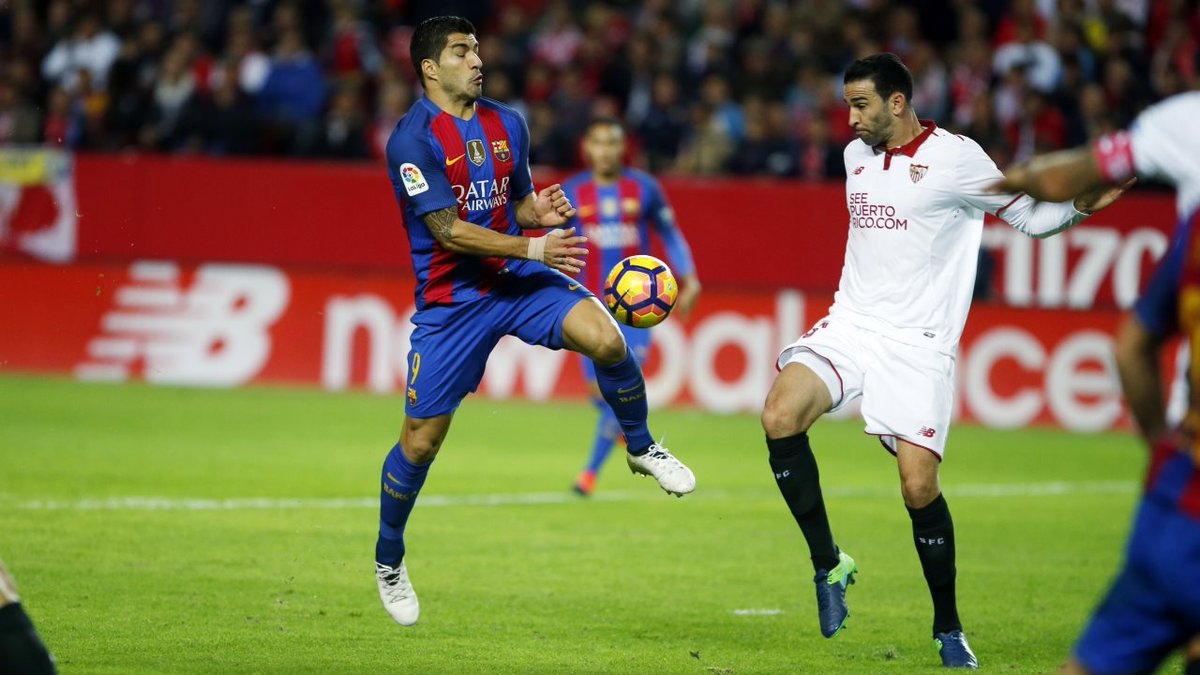 The Argentine, who kept on dropping deep to create space and orchestrate proceedings, then set up Suarez in the second-half with a lovely bit of play that saw the Uruguayan finish well.

The game was played at a frenetic pace for the majority of the time and Barcelona did well to survive the initial Sevilla onslaught before starting to control things more in the second-half.