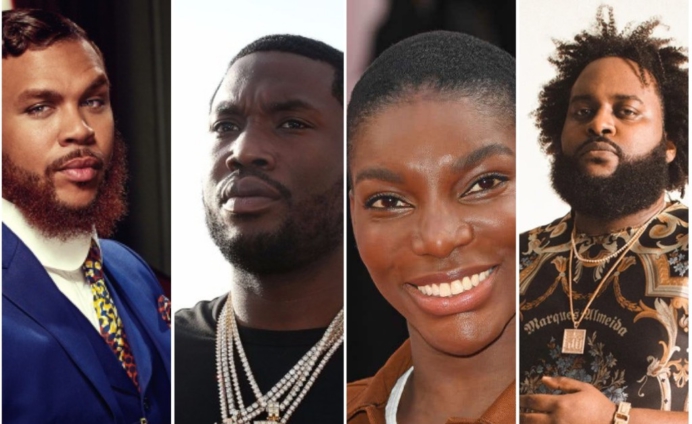 You may just call it the new holy city. The rate at which the world converges in December at that spot each year is becoming a little more glaring.

Many foreigners of black heritage and diasporans have made it a pilgrimage to visit Ghana, now the most sought-after destination for revellers.

While some embark on this journey for ancestral reconnection (for Black Americans), others see it as an opportunity to tour the land of rich heritage.

This year was no different as the yuletide has seen a myriad of familiar on-screen faces in the limelight walk the streets of Accra, Ghana.

The possibilities in this blend, however, cannot be underestimated.

On the back of this, The Culture Joint has compiled a list of internationally-acclaimed celebrities who visited the country from December 2022 through to January 2023.

American rapper, Meek Mill had a time of his life while in Ghana ahead of his show at Afro Nation.

The Basketball Africa League (BAL) held a meet-up at Kozo Restaurant in Accra. There, stakeholders in sports, fashion, showbiz, and creative art from Africa and beyond converged.

That was where American rapper, Jidenna was first sighted.

Who said this city isn’t lit at this time?🔥 pic.twitter.com/IkSmJWk2lb

Bas was spotted enjoying Accra’s nightlife in one of the popular bars in the city.

The duo was seen at the Labadi Beach.

🇺🇸Rapper and Dreamville signee, Olu of @EarthGang spotted at Labadi beach in Accra with #BlackPanther superstar, 🇬🇧🇬🇭British-born Ghanaian actress, Michaela Coel.
Note that his label-mate, Bas, is also having a time of his life in the same country. pic.twitter.com/COTu0Cjusb

Jamaican-American musician and singer, Masego, known for incorporating the saxophone into his music has also visited the West African country.

This was special. I listened to “Soweto” my entire flight so it was in my spirit. pic.twitter.com/2d7QtgVo8v

US singer and songwriter, Lucky Daye also made a surprise appearance at Polo Beach Club in Accra.

RnB recording artiste and actress from Chicago, Kiara Lanier, is also in Ghana.

Kiara has also been featured in Empire, American Idol, and The Chi.

RnB recording artist and actress from 🇺🇸Chicago, Kiara Lanier, is in Ghana 🇬🇭

“I said I wouldn’t be out till 6am for two nights in a row. Ghana laughed at me and said “that’s right, tonight we will make it 6:30 instead,” she tweeted.

Charlamagne was seen in a chit-chat with Stonebwoy some where in Accra.

Ramz shared on his Twitter handle, how Ghana is treating him.

You don’t sleep when you come to Ghana 🇬🇭

DISCLAIMER: The Views, Comments, Opinions, Contributions and Statements made by Readers and Contributors on this platform do not necessarily represent the views or policy of Multimedia Group Limited.
Tags:
Celebrities in Ghana
Hollywood celebrities in Ghana