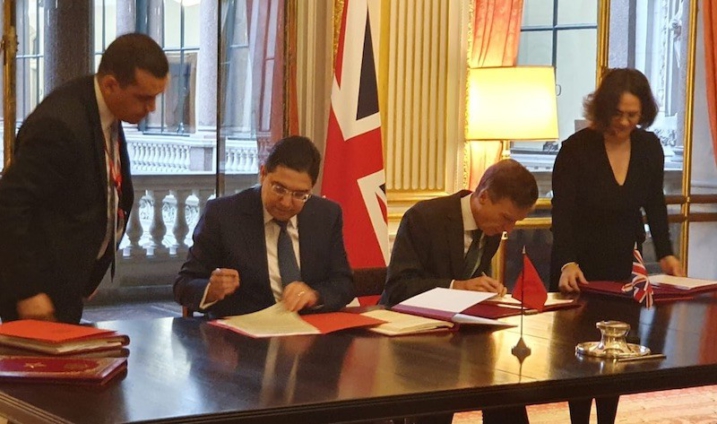 The administrative court of London rejected, on Monday, the petition of a British NGO (WSC), working on behalf of the “polisario”, which challenged the association agreement between Morocco and Great Britain.

With this verdict, the British justice confirms the validity of the partnership agreement between Morocco and the United Kingdom, which fully benefits the populations and the development of all the regions of the Kingdom, from north to south, without exception.

This judgment thus inflicts a new setback on the enemies of the territorial integrity of the Kingdom, who are trying to hide their repeated failures by trying in vain to convince the British justice to re-examine the post-Brexit trade agreement, signed and supported by the two Kingdoms.

As soon as the verdict became known, the British government reaffirmed its commitment to continue the partnership with Morocco.

“We welcome today’s verdict. We will continue to work closely with Morocco to maximize the £2.7 billion of trade between our countries,” said a spokesperson for the UK Department for International Trade.

“We look forward to continuing our exchanges with our Moroccan counterparts through the Association Council next year,” he assured.

The Morocco-UK Association Agreement, signed in London on October 26, 2019, entered into force on January 1, 2021.

The Agreement restores, within the framework of bilateral relations, all the effects that the two countries granted each other under the Morocco-EU Association Agreement.

It thus ensures the continuity of trade exchanges between Morocco and the United Kingdom after December 31, 2020.

By allowing the two Kingdoms to settle definitively in a structured strategic partnership, endowed with operational and institutionalised cooperation instruments, and driven by a common ambition, the Agreement constitutes a guarantee for Moroccan and British companies undertaking economic and trade relations in all sectors of cooperation and covering the whole of the Kingdom.

DISCLAIMER: The Views, Comments, Opinions, Contributions and Statements made by Readers and Contributors on this platform do not necessarily represent the views or policy of Multimedia Group Limited.
Tags:
Polisario
UK Association Agreement