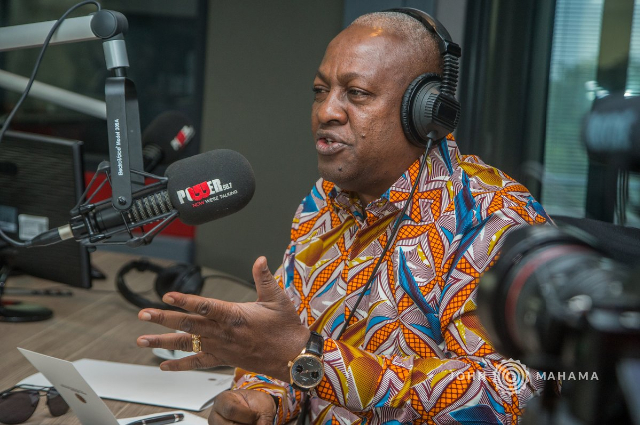 The President used a New Patriotic Party narrative while it was in opposition that UMB, then government-owned Merchant Bank, was sold to his brother and businessman Ibrahim Mahama, a claim he has categorically denied.

Mahama used this narrative to suggest that since the NPP claimed his brother owns UMB then it was his brother's bank which financed the controversial acquisition of the buses to be used for income-generating activities for the NPP.

But appalled by the post, veteran journalist Abdul Malik Kweku Baako said it is beneath the stature of the former president to dabble in this type of posts.

He said it is more fitting for footsoldiers and party figures to post such comments and pointed to John Jinapor, a former Mahama appointee as one such persons.

Merchant Bank was sold to Fortiz Equity firm in 2013 after it went into distress over non-performing loans. One of the defaulters, Engineers and Planners owned by Ibrahim Mahama had defaulted on its 175m cedis loan contracted in 2007.

His indebtedness was said to be one of the most severe cases of defaulting clients, constituting 30 per cent of its 50 per cent non-performing loan portfolio.

President Mills' Vice was John Mahama who would eventually sit in meetings during talks between the presidency, Merchant Bank and Engineers and Planners.

At least on one occasion, John Mahama asked the bank to explain why it was not releasing further funds to his brother's company.

Some say John Mahama's involvement in a loan repayment agreement between Merchant Bank and his brother's company eventually stopped the bank from going after a defaulter.

Government later sold its 90% stake in Merchant Bank to Fortiz Equity firm which renamed it UMB.