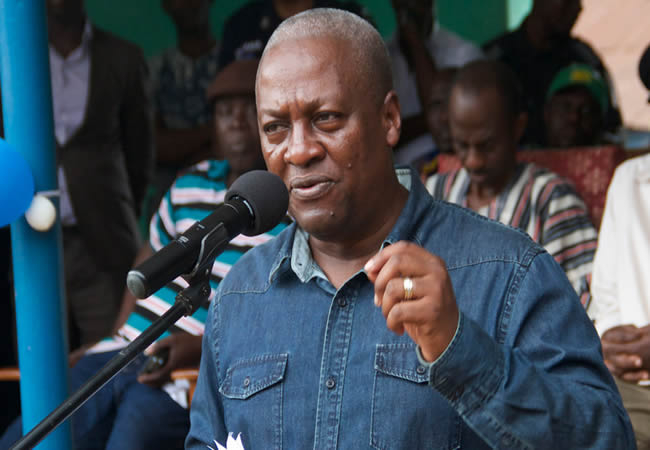 President John Mahama has agreed to grant remission and more amnesty to prisoners across the country, vowing to immediately tackle the congestion situations at all prisons head on.

The President together with the Chief Justice and other ministers of state toured the Nsawam Medium Security Prisons on Thursday to acquaint themselves with the inhumane conditions at the facility.

The facility, which was built to accommodate 800 inmates, currently holds 3,513 inmates.

“We need to look at the possibility of giving remission of sentence for good behaviour…and so I have asked the Director General [of Ghana Prisons Service] to present to my office proposals for remission of sentence based on good behavior, and on medical and humanitarian grounds. Because when I visited the infirmary, I found some prisoners from the infirmary who have suffered stroke and who have such serious health issues that they don’t deserve to continue to remain in prison”, the President said.

National leader of the inmates, Gyammera Yapson, told the President the congestion at the prison is so severe that those who get to sleep under beds count themselves lucky.

President Mahama empathized with the prisoners for the inhumane conditions under which they live.

He said he will see to it that life becomes comfortable for them.

President Mahama also went with certificates of release for those he granted amnesty on July 1.

Out of the 900 inmates granted amnesty countrywide, 400 of them are from Nsawam prison.

The Chief Justice Georgina Theodora Wood also assured the inmates steps are being taken to deal with those who have concerns with the justice system.

She says a permanent court is being constructed in the Nsawam prison to hear cases of especially remand prisoners and others who will file appeal.