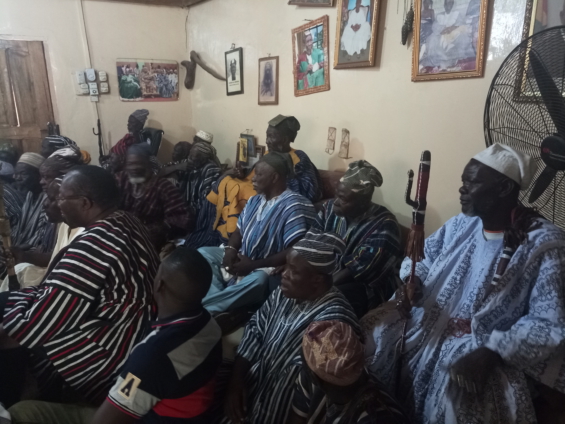 The overlord of the Mamprugu Traditional Area has ordered the family whose relative died of Covid-19 in Walewale but are refusing to comply with self-quarantine protocols, to cooperate after they were identified to have been exposed to the deceased.

The message was delivered to the family head by Chief of Walewale, Duu-rana Seidu Abudu, through the Wungu Paramount Chief, on April 13.

The 19-year-old man died at the Walewale Municipal Hospital a week ago, after which hospital authorities detained the body to test for coronavirus as he showed signs of the virus.

Samples taken to the Kumasi Center for Collaborative Research (KCCR) delayed by two days which led to agitations from the family who demanded that the hospital released the body for burial.

They explained that the body was going bad because the hospital had no functional mortuary.

On Friday, April 10, the test result was announced as positive for Covid-19 but some family members described it as fake saying, they did not trust the hospital staff.

Some of the family members identified as primary contacts, have also refused to self-quarantine and cooperate with the Covid-19 response team, after several unsuccessful attempts by authorities including the Regional Security Council.

On Sunday, April 12, the Overlord of the area, Naa Bohagu Abdulai Mahami Sheriga II, sent a delegation to tell the family to “be very careful” with the way they are handling the issue.

“This morning, I sent a delegation to the family house to inform them the message from the Naayiri that they should be careful,” the chief of Walewale told JoyNews.

The chief ordered the family to handle their concerns diligently in order not to endanger other residents in the traditional area.

The overlord, last month, issued a communique to pledge support for the President’s directives on social distancing and public gathering to stop the spread of coronavirus.

A few minutes after the family received the message, JoyNews‘ visit to the house revealed total compliance.

The family spokesman, Alhassan Ibrahim told JoyNews, he has accepted to quarantine in Walewale and has not been able to return to his family at Langbinsi.

He said the family will continue to respect the directives even though the family doesn’t believe their relative was killed by the novel coronavirus.