Man accidentally shoots himself after throwing gun at cockroach to kill it - MyJoyOnline.com 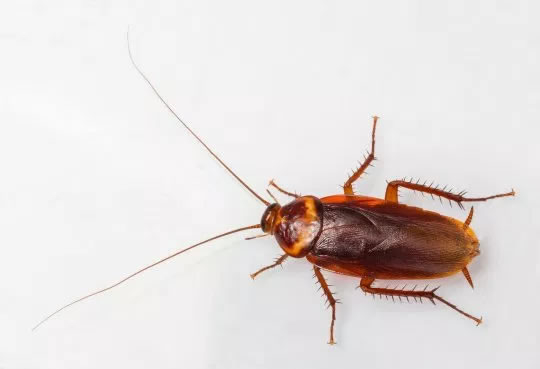 A man accidentally shot himself after he threw his gun at a cockroach in an attempt to squash the insect, police say.

The unnamed 50-year-old man told police in Detroit, Michigan that he tried to kill the bug on Tuesday morning by throwing a shoe at it, only for a revolver hidden inside to go off and send a bullet flying in his direction.

After throwing his sneaker at the cockroach, the man’s gun fell out and fired, striking him in the foot.

Authorities said the man was taken to a local hospital and is in stable condition following the incident. It is unclear whether he ended up successfully squashing the cockroach or not.

Detroit Police Department says it has not been able to confirm the man’s version of events, Freep reports. This is not the first time that Detroit has seen an injury caused by someone who went to extreme lengths to kill an insect.

In January 2016, a man was badly burned after he tried to light bedbugs on fire in his apartment.

He doused his infested furniture with alcohol and lit a cigarette, which he used to try to burn one of the tiny bugs, but he ended up burning the couch and himself.

The incident also destroyed four apartment units and caused water damage in more than 20 other units.

In 2015, a woman named Sherry Young tried to use alcohol and a flame to kill bed bugs, but ended up starting a massive fire that destroyed her 48 units in her apartment building.

Five people, including the unnamed woman and three firefighters, were rushed to the hospital.