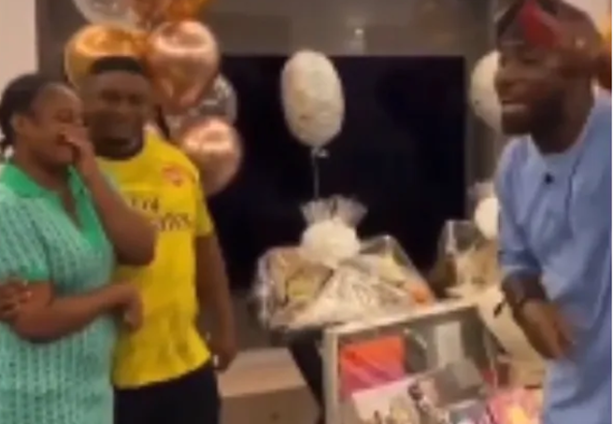 Nigerian Singer Timi Dakolo, over the weekend, paid a visit to a couple’s home to perform for them as they marked their 15th anniversary.

He was hired by the husband to perform for his wife who is a big fan of the crooner.

In a video posted to his Instagram page, two men were shown with one playing the violin while another played the trumpet in the couple’s home while family and friends gathered to celebrate their milestone with them.

Then Timi Dakolo made his surprise appearance performing some of his hit songs including ‘Iyawo Mi’ while the couple danced.