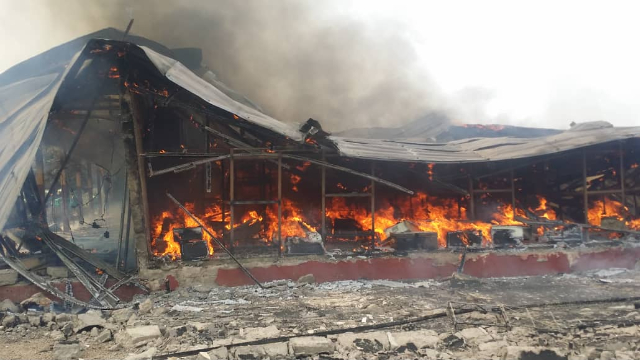 Days after fire gutted the boys’ dormitory of the Oppong Memorial senior High school, management has appealed to the Omanhene of Kokofu to use his position fast-track the rehabilitation of a new dormitory for the school.

Currently, over 300 students have been displaced, with school authorities forcing students to go home after the fire occurred on Thursday morning.

While the cause of the fire remains unknown, the Oppong Memorial Senior High school joins Accra Academy as the second school to experience a fire outbreak in 2020.

School authorities who believe government can be influenced to reconstruct the only boys’ dormitory in the school, presented their petition to the chief and his counsel.

Meanwhile, the affected students are still counting their losses with many still traumatised.