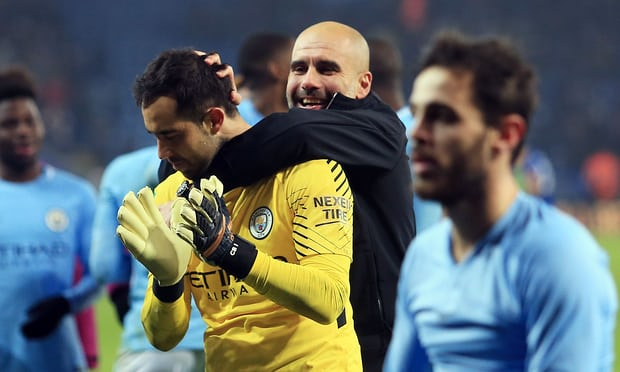 Second-place United are now 16 points behind Pep Guardiola's side with only five games left to play.

It is City's third title in seven seasons and a first under the Spaniard in his second campaign in charge.

They have dominated this year's title race, scoring 93 goals and losing just twice so far.

They could have made history and sealed the earliest Premier League title by beating United on 7 April at Etihad Stadium, but let slip a 2-0 lead to lose 3-2.

That defeat came in between two losses to Liverpool as they were knocked out of the Champions League at the quarter-final stage.

However, Guardiola's side did win the Carabao Cup by beating Arsenal at Wembley.

The Premier League title is the 24th trophy of the former Barcelona and Bayern Munich boss' managerial career.

The 47-year-old has previously won league titles in Spain and Germany, as well as two Champions Leagues with Barca.