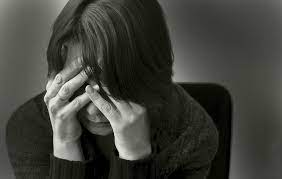 Speaking on the Super Morning Show on October, 18, 2021, Dr Yao Mfodwo, stated that “there are lots of people in suits and ties, cars, in offices, that are severely mentally ill.”

He, thus, erased the perception that persons with mental health conditions are only those who have been rejected by their families and are roaming on the streets.

“Let’s dissuade ourselves from this thought that there are some dirty vagrants out there who should be collected off the street; no, mental health patients are right in our houses, they are with us they are in the offices, they are in churches, they are everywhere, ” he said.

His comment was part of contributions on the Super Morning Show with regards to mental health.

During the show, the CEO/Consultant Psychiatrist at The Brain Clinic Limited at Abokobi cautioned against stigmatising mentally retarded persons found on the streets since a majority of them are people who have been neglected by their families.

He said such persons may not show obvious signs of mental illness, however, they may display characteristics such as not being able to sleep well, loss of appetite, inability to function properly at work or perform duties efficiently as required, etc.

“There’s this misperception that those on the streets that are dirty reflect mental health; that’s actually very wrong. They are right in our houses, they are with us, they are in the offices, they are in churches, they are everywhere,” he said.

“They disrupt work, they don’t perform at work,” he added.

With mental disorders also identified as the leading causes of ill-health and disability worldwide, health experts are urging everyone to check their mental health.

Owing to this, Dr Mfodwo has entreated persons who notice any signs of mental illness to seek early help from health experts.

Touching on other matters, he bemoaned the lack of facilities and other necessities that aid in the treatment and awareness creation on mental health, stating that the support from both the public and private sectors has been minimal.

He stated that lack of facilities has made it difficult to house and cater for people who have recovered from mental illness and have been rejected by their families.

“The honest truth is that we haven’t invested much as a country in the education, the treatment the understanding of mental illnesses, so part of the reflection of people who are treated at some of our public facilities and have relatives not wanting to come for them because of stigmatisation and other issues, come back to live on the streets,” he said.

He, thus, called on all and sundry from both the private and the public sectors to come on board and assist in building a robust mental health system for the country.