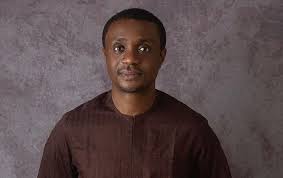 He urged prospective couples to undertake appropriate background investigations on their future spouses before tying the knot.

In a post on Instagram, he stated that love is not blind, “because God is love and God is not blind” and hence it is important for people to “shine their eyes” when making that important decision.

He stated that people should not ignore the red flags they see in their relationships.

Nathaniel Bassey advised that “even when you say, or they said, “God said” but you identify some traits very inconsistent with Godly character, pray and check again…May you not marry your enemy.”

The Gospel singer prayed for others, both men and women, who are in horrible marital situations.

“May God give you the WISDOM to make the right decisions before it is too late. In Jesus’ name. Amen,” he added.

This follows the death of fellow gospel artiste, Osinachi Nwachukwu, who allegedly died from being abused by her husband.

Osinachi Nwachukwu passed away on Friday, April 8, at a hospital in Abuja.

The musician, known for her hit song ‘Ekwueme’, reportedly passed away after she was abused by her husband.

In an interview with Vanguard Nigeria, the elder sister of the late singer said, Osinachi died as a result of a cluster of blood in her chest after she was kicked in that part by her husband, Mr. Peter Nwachukwu.

Following that interview, Police in Abuja revealed that Osinachi’s husband Peter Nwachukwu has been arrested.

In an interview with Daily Post, they stated that the arrest was made after a family member lodged a complaint.

Meanwhile, remembering Osinachi Bassey said, “I remember how she’d come to me with a smile and humility, saying hello, when we had to minister at worship events. But she’s with our a lord now. But I can’t help but say, a little early.”

DISCLAIMER: The Views, Comments, Opinions, Contributions and Statements made by Readers and Contributors on this platform do not necessarily represent the views or policy of Multimedia Group Limited.
Tags:
Nathaniel Bassey
Osinachi Nwachukwu