Kylian Mbappe reached a Champions League milestone as Monaco swept away Borussia Dortmund 6-3 on aggregate after a 3-1 victory in their second-leg quarterfinal tie at the Stade Louis II on Wednesday.

Radamel Falcao and Valere Germain added to Mbappe's strike, helping Leonardo Jardim's impressive side to the last four of the competition for the first time since 2004, when they reached the final before falling to Jose Mourinho's Porto.

And it was teenage sensation Mbappe who gave the visitors all to do after just three minutes. Benjamin Mendy made a powerful run through the midfield before lashing a left-footed shot that Roman Burki couldn't handle, and the 18-year-old France forward was there to slot home from close range. 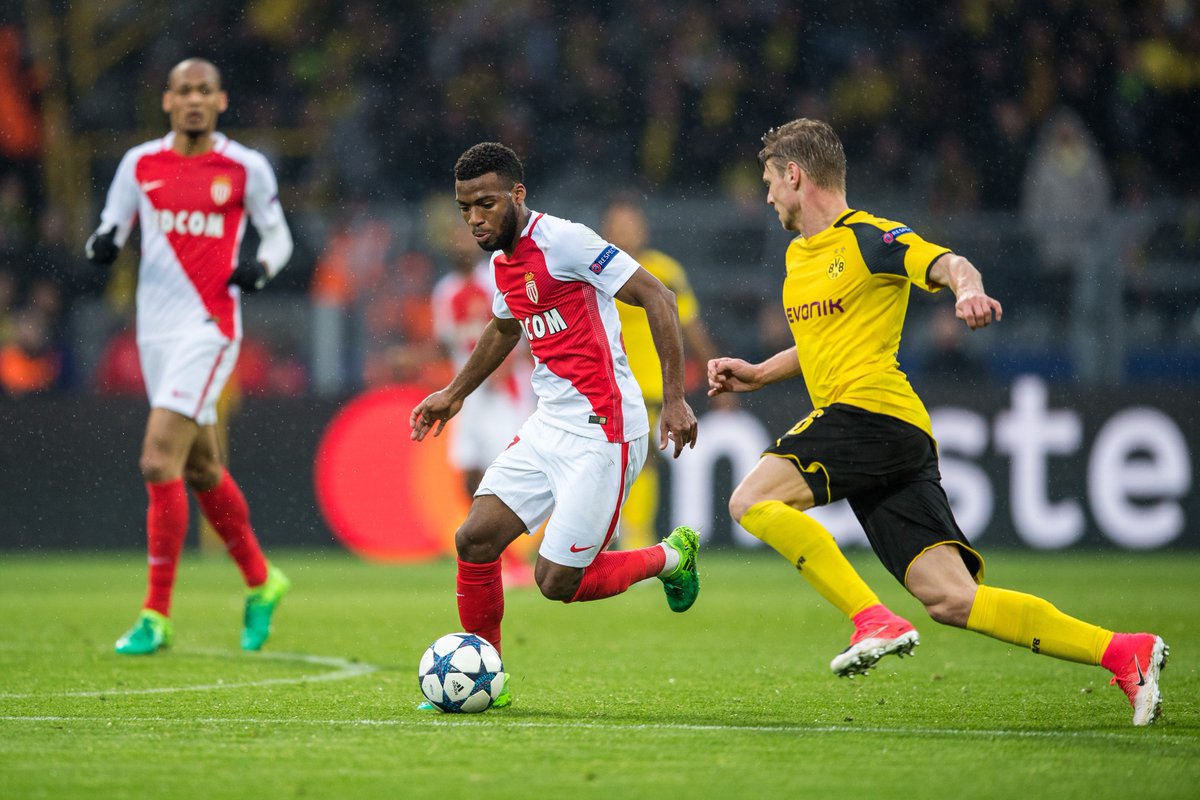 The goal was Mbappe's 16th in 16 matches for Monaco and marked his fifth in the knockout stage of the competition, tying Real Madrid's Cristiano Ronaldo this term. It also made him the first in Champions League history to score in each of his first four knockout games.

Dortmund nearly pulled a goal back in the 14th when Nuri Sahin's free kick from just outside the box beat a stretched Danijel Subasic but not the post, as the rebound shot across the goal mouth and out of danger.

Monaco then made the Germans' task all-but-impossible three minutes later — Falcao found space in front of Matthias Ginter and steered in Thomas Lemar's cross from the left with a diving header. 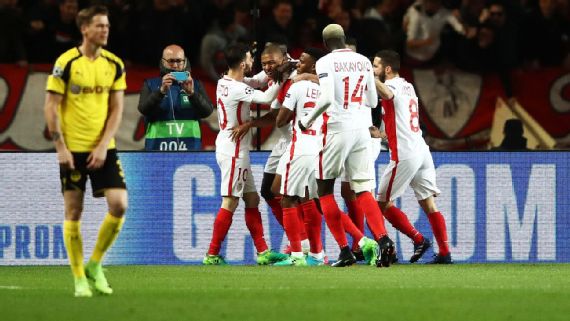 The 2-0 advantage gave the Ligue 1 side their 30th multi-goal game in league and European competition, second to only Real Madrid's 35 this season.

Marco Reus pulled a goal back for Dortmund three minutes after the break. Substitute Ousmane Dembele made a fine run down the right, edging past his defender near the end line before playing an outside-of the boot pass for the Germany international who fired his first-time shot into the top-right corner.

A minute later, Mbappe forced a fine intervention from Burki, who got a foot to his dangerous cross after a remarkable run from the young forward down the left.

And Burki was again forced into action two minutes later, tipping Almamy Toure's looping header from the middle of the box over the crossbar and into safety.

Falcao nearly bagged a second after expertly wriggling free in the box, but his attempted chip, while beating the Dortmund keeper, flew over the crossbar. 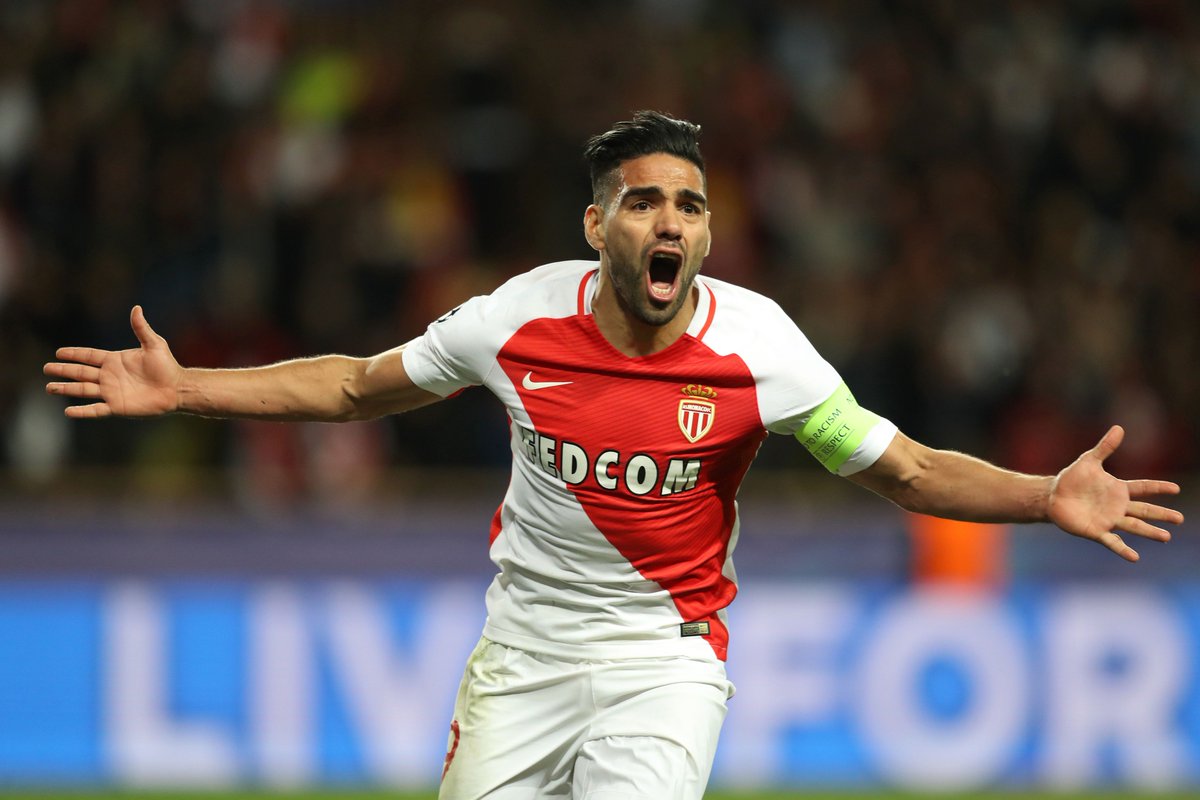 Mbappe was sprung down the right channel moments later, but dragged his right-footed shot from an angle wide of the far post.

Dortmund brought on United States international Christian Pulisic in the 72nd minute as their final substitution, after Marcel Schmelzer came on for Sahin at half-time. He replaced Raphael Guerreiro.

Subasic was called into action moments later, leaping to collect a Reus shot from the centre of the box after a one-two with Shinji Kagawa.

However, Germain put an end to any hopes Dortmund still held in the 81st minute, poking home Lemar's deflected cross from the left to complete the victory on the night.