Medical and Dental Council’s directive only applies to students who are yet to graduate – Dr. Banyubala 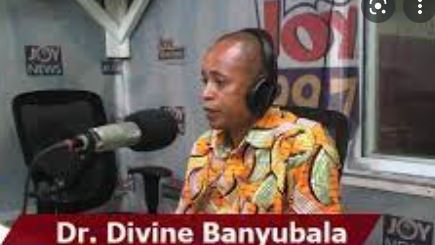 The Registrar of the Ghana Medical and Dental Council, Dr. Divine Banyubala, says the directive from the Council that it will not recognize the certificates of medically trained Ghanaian students in war-hit Ukraine only applies to those who are yet to graduate.

According to him, the policy does not apply retrospectively to cover those that had graduated before and during the war.

Speaking on JoyNews’ Pm Express, Dr. Banyubala stressed the Council’s position that the online training module that some Ukrainian universities have enrolled Ghanaian students on was unacceptable and an ineffective training mechanism for students in the medical and dental field.

Explaining the policy directive, he said, “Now Ukraine a lot of their medical programmes they end in May. We’re aware. So students were left with about two months or so to finish. Those candidates who finished are unaffected by this directive – those who finished by June – because the academic year ends in May/June. So the directive has no retrospective effect.  So from September 23rd going we’re not accepting them because that’s a new academic year.”

He noted that even though those who graduated during the war had at some point had to move to online classes, he noted that for the sake of the fact that they were left with only two months to end their medical education in Ukraine, their certificates will be accepted.

However, those having to start a new academic year online would have their certificates rejected by the Council.

“The medical programme is a six year programme and you end. The war came in February, the disruption actually started in the middle of March so most of them had to then evacuate. So you were left with April and May to finish.

“So those ones finished their programmes online. And we’re saying that those who graduated from then we accept their certificates because they were done, they did the in-person for the six years but for the last two months,” he said.

Dr. Banyubala stated that it was particularly unfair for Ghanaian students to have to be made to join online classes while their Ukrainian counterparts in Ukraine are taught offline.

“From your own research, that Ukraine is offering offline, do we get that import as a country? Training medical students offline, so why does Ukraine think that it is okay to offer online for Ghanaians?

“Are you suggesting to me that the persons that the Ukrainians are training people offline to take care of have better human value than the Ghanaian?

“In other words, online training is not an accepted professional training standard of training a doctor and a dentist,” he said.

DISCLAIMER: The Views, Comments, Opinions, Contributions and Statements made by Readers and Contributors on this platform do not necessarily represent the views or policy of Multimedia Group Limited.
Tags:
Dr. Divine Banyubala
Medical and Dental Council