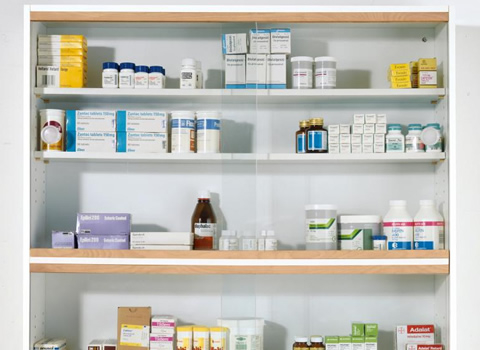 Physicians, by profession, diagnose ailments of patients. That role does not include the sale medication but Madam Christiana (Christy) Addo’s case is different.

Madam Addo, who is a medical doctor at the Madina Polyclinic (Kekele), is busily running her personal pharmacy at the facility.

The doctor sells medicines that the polyclinic’s pharmacy does not have in stock, to patients.

Myjoyonline.com’s Ernest Dela Aglanu encountered this doctor/businesswoman Thursday night when his father was rushed to the facility for an emergency care.

Mr Anthony Aglanu, was rushed to the polyclinic, which was the nearest medical facility, after he was knocked down by a motorbike.

Mr Aglanu suffered minor bruises on his leg and arm and after diagnoses, Dr. Addo recommended that some medications, including Tetanol 0.5ml, be bought. The Tetanol 0.5ml was needed for an urgent injection.

Isaac, the gentlemen who knocked Mr Aglanu, went out to buy the Tetanol 0.5ml, after the polyclinic’s pharmacy said they did not have the said medication.

Isaac’s spent about three hours combing the area in search of the drug leaving a frustrated Mr Aglanu, and his family, to conclude that Isaac might have absconded.

Dela, after failed attempts to reach Isaac, requested for a new prescription form to get the medication only for the doctor to reveal that the way she has written Tetanol 0.5ml, she doubts if the pharmacies will be to able read.

She, therefore, suggested that in order not to waste time, she could sell some to them at GHc10.

This blurred photo of Dr Addo is all our hidden camera could capture.

Investigations conducted by Myjoyonline.com’s Ernest Dela Aglanu revealed that the pharmacy has never had that medication in stock. The female pharmacist, who is in her late 20s and wants to remain anonymous, insisted that, they don’t sell Tetanol 0.5ml at the pharmacy.

But Madam Addo had a small refrigerator in her corner with the said medication ready to sell. “I told you that they don’t have some at the pharmacy but there is some here in the nurses’ station. So if you can buy it we will give it to you.”

When Dela confronted her to find out if what she was doing was right, the unapologetic doctor boldly responded that she is doing people a favor with her business.

“This is a private one. Somebody’s own I’m giving you. They don’t stock it here but we saw it necessary that people come at night with [prescriptions] and in the night you can’t even go to other pharmacies so this is what somebody is doing to help people who come at night.”

After admitting that she brought the medicines to sell, for her profit, Madam Addo added that the pharmacy “don’t stock it because they don’t get it.”

She directed that if Dela seems to have a problem with her business, he should take it up with the polyclinic’s authorities.

Isaac returned three hours later that, after combing various pharmacies who did not have Tetanol 0.5ml at all or did not have the right quantity to be administered, he finally got some at the 37 Military Hospital for GHc8.13p.