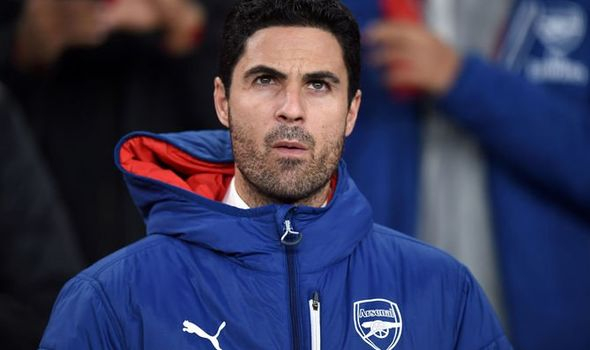 Mikel Arteta is set to be confirmed as the new Arsenal manager after agreeing to the North London club’s terms.

Ahead of his appointment, this is a throwback piece about his management philosphy which was first featured in the Arsenal Magazine in May 2014.

Always honest, impassioned and intelligent, Arteta sat down with the Official Magazine to provide an intriguing glimpse into his own future, and what his management style will be.

It’s little secret that many people see you as management material when you hang up your boots. Is that something you think about?

My team-mates are always going “What are you going to do Miki? You’re going to be a manager, you should be a manager!” I know what the job means and I know how hard it is, especially when I look at the boss and see how many hours he puts in here. You need to sacrifice your family all over again, which I’ve done since I was 15. But I would love to manage a squad of players and staff – I’ve got it inside me, it’s true, and I want to do it. First of all I want to make the most of my playing career, because I’m 32 and in this game you never know whether you’ll end up carrying on until 34, 35 or 36. After that, I’m certainly going to stay involved in football because I think I’ve got something to add. I would like to prove myself, and prove my ideas about managing and encouraging people to do things in the way I believe is best.

So let’s imagine that you take over Mikel Arteta FC tomorrow: what will the ideas behind it be?

My philosophy will be clear. I will have everyone 120 per cent committed, that’s the first thing. If not, you don’t play for me. When it’s time to work it’s time to work, and when it’s time to have fun then I’m the first one to do it, but that commitment is vital. Then I want the football to be expressive, entertaining. I cannot have a concept of football where everything is based on the opposition. We have to dictate the game, we have to be the ones taking the initiative, and we have to entertain the people coming to watch us. I’m 100 per cent convinced of those things, and I think I could do it.

Will you set your team up in a particular system, or do the players come first?

I think you need to adapt. You can have an idea of a system, but you need to be able to transform it depending on the players you have – how much pace you have up front, how technical your team is, what types of risk you can take and whether your players are ready to take those risks. It’s important to analyse your players because you can’t always play the same way. There have to be different details and changes in how you approach things, and you have to look at how you can hurt whoever you are playing against. Is there something they don’t like to do? If so, we’re going to make them do plenty of it. Then the most important thing for the manager is that, the Friday before the game, you imagine what’s going to happen on the Saturday. And if what happens on Saturday is not what I had planned, then it’s not been good enough from me.

Is there any current manager who particularly influences you?

One is Arsène Wenger, of course – he has a philosophy that he’s never going to change because he really believes in it. That is the most important thing, because if you don’t really believe in something then you’ll just change it after one bad result and drive your players crazy. Another is Pep Guardiola, who I’ve known since I was 15. The way he sees football is always to look ahead, then further ahead, always improving. Then there’s Mauricio Pochettino – he was my captain at PSG and I always knew he would become a manager. He has taken a lot of influence from Marcelo Bielsa, who was his coach with Argentina; they used to talk about things a lot, and now you can see that his teams are really aggressive, both when attacking and defending. He takes a lot of risks, the players enjoy playing with him, his decisions are always sound and he’s got a good personality. I’ve admired Pochettino ever since I was young; he really looked after me when I was at PSG as well.

You mentioned Guardiola’s thirst for innovation, and he showed that when pushing his full-backs into midfield against Manchester United the other week…

He’s always got a reason for things like that. I look to see managers do something different and add something to the game, not just going out there to be tight and be compact. You can win like this, but I don’t know if your players will really enjoy working that way. I’d want my players to express themselves – you can give them knowledge and ideas about what you want to do, but afterwards you need to leave room for their own ability and creativity. You have to learn from your players, and if you can do that then you can do something new.

DISCLAIMER: The Views, Comments, Opinions, Contributions and Statements made by Readers and Contributors on this platform do not necessarily represent the views or policy of Multimedia Group Limited.
Tags:
Mikel Arteta