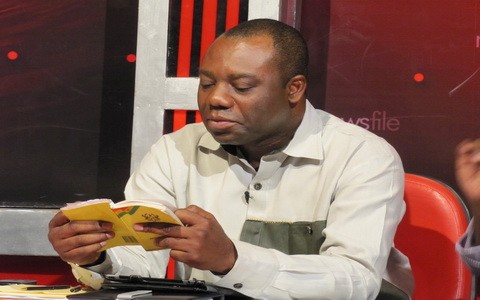 A New Patriotic Party Member of Parliament for Manhyia has scoffed at a new government thresholds for the payment of judgement debt.

Mathew Opoku Prempeh is convinced the announcement is not only a façade meant to divert attention from the Woyome scandal but also a misunderstanding of the basic governance structures and institutions.

The government this week announced that in the likely event of a judgement debt, the Attorney General can exercise his discretion to pay, if the amount is below ¢10 million.

If it is higher than ¢10 million the president can exercise his executive authority and pay but he too must not exceed ¢50 million.

Judgement debts beyond ¢50 million must be submitted to cabinet for approval and payment, the government statement said.

A deputy Information Minister Samuel Okudzeto Ablakwa, explained to Joy News the new judgement debt threshold is by no means an action to exercise wrongful authority or to disrespect the courts who has the power to rule on judgement debt payment.

But speaking on Joy FM and MultiTV news analysis programme Newsfile, Saturday, MP for Manhyia, Mathew Opoku Prempeh said the statement is only a “charade” and “means absolutely nothing.”

Even more laughable, he said, is the manifest attempt by the statement to place cabinet above the authority of the president.

He argued cabinet, per the constitution, is inferior and subservient to the authority of the president but the new judgement debt threshold rather makes the president inferior to the cabinet.

He said the Mills government’s misunderstanding of the law and government’s structures is too pronounce, reducing the “presidency into mere jokes” and “gutter gutter football.”

Opoku Prempeh accused President John Mills as building a huge credential and track record of paying out monies from the public purse with reckless abandon.

The Manhyia MP said as vice president and head of the economic management team, John Mills caused to be paid huge monies to an American, Mrs Cotton for rice she never produced.

He said even when a US court ruled that no amount be paid to Mrs Cotton, Prof John Mills went ahead with the payment.

He stated the judgement debt paid to Alfred Agbesie Woyome can only be“collusion to loot” the public purse and the president cannot claim to be innocent of it.

Referring to a magazine he claimed to have read, Mathew Opoku Prempeh said Ghana under President John Mills has been described as a “borderline failed state,” in which an Attorney General on his own, waives taxes from jobs done by Construction Pioneers when it is clear that Parliament alone has that power to waive taxes.