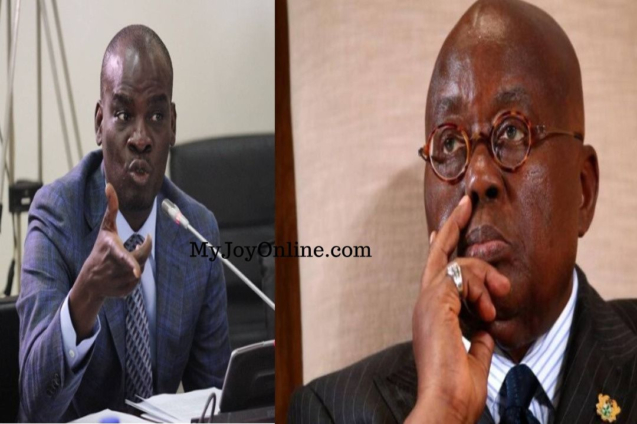 The Minority in Parliament has accused President Akufo-Addo of violating the constitution in appointing Chief Executive Officers for state enterprises.

According to the Minority Leader, Haruna Iddrisu, the lawfully constituted public service commission responsible for recruiting such personnel has been sidelined by the presidency in the appointments.

“Show me the last time you saw an advert of a high public office in the Ghanaian dailies. Chief Executive, Executive Director positions were hitherto advertised openly, and the Public Services Commission was thoroughly engaged to fill in those vacancies.

“Under the four years of Nana Addo-Dankwa, all those positions have been filled from the office of the President, not through competitive advertisements inviting competent, qualified Ghanaians to fill in those positions,” he said in an interview on Monday.

The 1992 constitution has mandated the Public Service Commission to supervise and regulate the “entrance and promotion examinations, recruitment, appointment into or promotions within the Public Services and the establishment of guidelines on the terms and conditions of employment in the public services.”

In view of this, the Tamale South legislator described the President’s actions over the years as illegal, unconstitutional, and affront to the rule of law.

“This is disappointing. We have all times demanded openness and transparency into the recruitment process, and it is being reduced to another laughable venture,” he told JoyNews’ Elton John Brobbey.