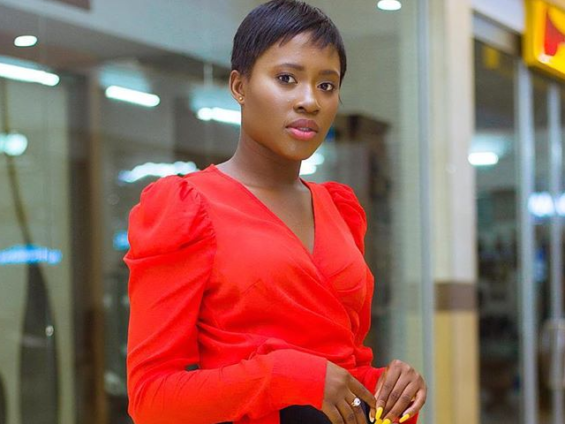 Actress turned musician Fella Makafui is on Twitter trends after the release of her first single ‘Over’.

Prior to the release, many people thought the song was a response to Sister Derby’s text to her husband rapper Medikal on his birthday.

Seriously, the beef exhibited in diss songs by Fella Makafui, Medikal and Sister Derby no dey hia kraa. ‘After election no campaign’. You’re married, she’s married and you’ve eaten both women so what again? A psychologist has to organise an online therapy session for them. Haba!

However, for many hearing “over over over my name is Fella” they say that was just not the kind of music they wanted or expected from the actress.

Reacting after listening to the song, one Twitter user tweeted, “Please don’t kill Gh music for as. You have done some is okay.”

Please don’t kill Gh music for as. You have done some is okay

“Please can we come together as a nation and forgive Fella Makafui? Oyale tooo much,” another fan replied under a post.

Many people said they would choose the Kumawood actress’ songs over what Fella Makafui released.

However, the reviews were all not negative as some fans of the former Yolo actress say they have no problem with her song and are looking forward to her debut album.

@fellamakafui_ over. Haters want pull you down. Wifey do you thing. Haters can’t write one line self dem want talk shit. Chairman please sign her up before @shattawalegh come call you ooo. @AmgMedikal love you bro.

Perhaps unfazed by the reviews, Fela also took to Twitter to announce that she would be releasing another single soon.

In early part of 2020,sister Emelia Brobbey was still leading the race of most useless song since Archipalago had not released anything.

Medikal And Fella Makafui Dey Come Worry In This Country

U just came into the music industry and u are dropping bangers each and everyday, Mrs Frimpong woy3 guy

Music be calling not everybro can do music and be successful u should know.

She thinks she’s Ghana’s Darkoo 😂😂😂sista go back to your acting eh.

Medikal are u serious, wat genre of music @fellamakafui_ dey do

Massa, so you guys listen through this borla before releasing this as a song? But emom #medikal dey hear things oo. Eeeei🤣🤣😂😂😂🤣🤣

Now di3 it seems #fellamakafui and Emelia Brobbey dey fight over one title oo. Who wins the overall female version of patapaa title.