Morocco's law criminalising violence against women has come into force.

The law includes a ban on forced marriage, sexual harassment in public places, and tougher penalties for certain forms of violence.

It has been criticised by Human Rights Watch for not explicitly criminalising marital rape and lacking a precise definition of domestic violence.

A government survey found that 63% of women between the ages of 18-65 had been victims of violence.

Samira Raiss, one of the main Moroccan campaigners for a law criminalising violence against women, said: "We will not stop here. This law is an asset but it has shortcomings that we have to work on."

The law – known as the Hakkaoui law after Women's Minister Bassima Hakkaoui, who drafted it five years ago – has been criticised for requiring victims to file for criminal prosecution to obtain protection.

"We lack the appropriate tools to implement this law," Ms Raiss said.

"In case of marital violence it is difficult to provide proof and we don't even have shelters for victims."

How to be invisible

I perfected the art of being invisible while growing up in the Moroccan city of Rabat – or so I thought.

All I had to do was:

When I started secondary school, my parents decided that I was old enough to do the 15-minute walk by myself to school. That was my first brush with the reality of being a girl on a Moroccan street.

One day, two young men blocked my way. One flashed a knife hidden under his shirt and said I had to follow them. I told them I had to take a test and would be in big trouble if I was late to school… and they let me go. It was a lucky escape and it could have ended very differently.

Another incident was when a boy began hurling verbal abuse at me. I stopped, looked at him in the eye and said: "You don't even know me. Why are you insulting me?" He was so taken aback by my reaction that he apologised.

But I wasn't always that brave. I usually pretended not to hear the cat calls and insults. The battle wasn't worth fighting.

Morocco's new law on violence against women is a long time coming.

Its provisions include penalties ranging one to six months prison sentence to up to a $500 fine for cases of sexual harassment against women in the street and public spaces.

It is music to my ears, although I will have to see how seriously it will be implemented.

Human Rights Watch said the law has some positive aspects, "such as a definition of violence against women to mean 'any act based on gender discrimination that entails physical, psychological, sexual, or economic harm to a woman'."

But it contains "major gaps and flaws that leave women at risk of domestic violence, including a lack of provisions to finance the reforms," HRW says.

Bouthaina Karouri, a member of the parliamentary committee that drafted the law, says the law can be changed in the future to remedy any oversights.

"Its effectiveness will depend on the approach adopted by the police and the judicial body. As it goes into effect, it is normal to discover some gaps but they can be amended in the future." 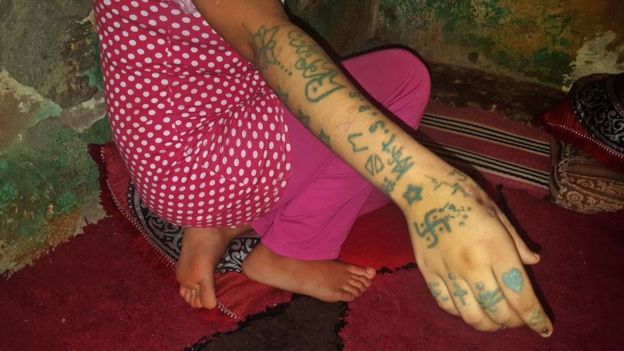 The law comes into effect following last month's massive outcry over the alleged rape, torture and kidnapping of a 17-year-old girl named as Khadija.

Many went on social media, sharing the hashtag #JusticePourKhadija to describe their disgust and horror and calling on the authorities to take action.

In 2014, Morocco's parliament amended an article of the penal code that allowed rapists of underage girls to avoid prosecution by marrying their victims.